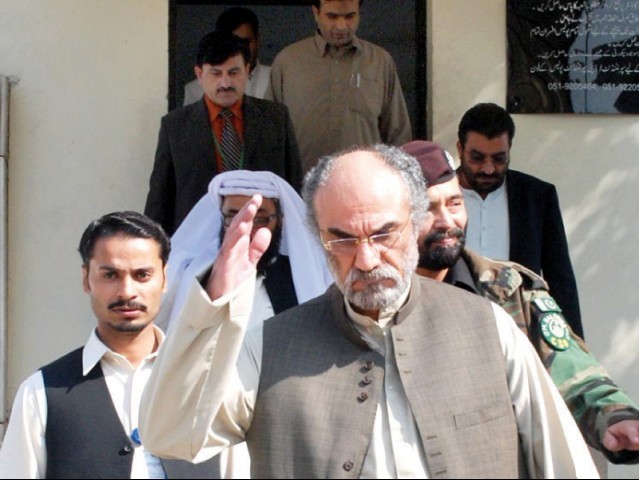 QUETTA: For years, Nawab Aslam Raisani, a man of many facets, has been known for his infamous comment about fake academic credentials, more than any public office he might have held or any political achievement.

‘Education has always been my passion for years,” said the daredevil politician, who once stunned the nation by saying: “a degree is a degree whether it is real or fake.”

Nearly ten years ago, this very comment landed Raisani in trouble. But away from active politics and the bitterness associated with it, the former chief minister has invested all his energy in rejuvenating his image. Raisani, who has enrolled in the M.Phil degree program at the Balochistan University, seems to be enjoying his tryst with education.

“I have built colleges for both girls and boys in Kanak and Mitri,” Raisani claimed. “We have also requested for land for a proper university,” he continued.

Commenting on his second stint at university, he said there was no age limit to learning. “My passion for learning has been the motivating force behind my decision to resume studies,” he said. He also intends to pursue a PhD after receiving the M Phil degree.

At university, Raisani plans to delve deeper into politics, economics, and social research. “I’m passionate about research. I’m genuinely interested in studying and all this not for fun,” said Raisani.

As chief minister, Raisani was known to be a magnet for controversy. From snoozing during the busy legislative sessions to comments that landed him in the maelstrom of media attention and criticism, Raisani has done it all.

The former chief minister said he earned a Master’s degree in Political Science from the University of Balochistan back in 1989. An influential figure in Balochistan’s political arena, Raisani, continues to represent Mastung in the provincial assembly.The writerApart from attending lectures at the Balochistan University, Raisani also plans to write a book about his father’s life.

“I am writing a book about my father, who was my teacher,” said the former Balochistan chief minister in true Raisani-style.
He claimed writing was not his forte, but he admired accomplished writers. “I admire all those writers who produce such amazing books,” said the 64-year-old tribal chief, who shows no signs of slowing down.

Other interests In a no-holds-barred interview with the Express Tribune, the adventurous politician revealed he was managing his social media profiles, unlike other politicians who rely on communication experts.