INR 370 discou­nt is being offere­d on the platte­r to the food-starve­d Kashmi­ris if they show their ID from IOK
By News Desk
Published: September 6, 2019
Tweet Email 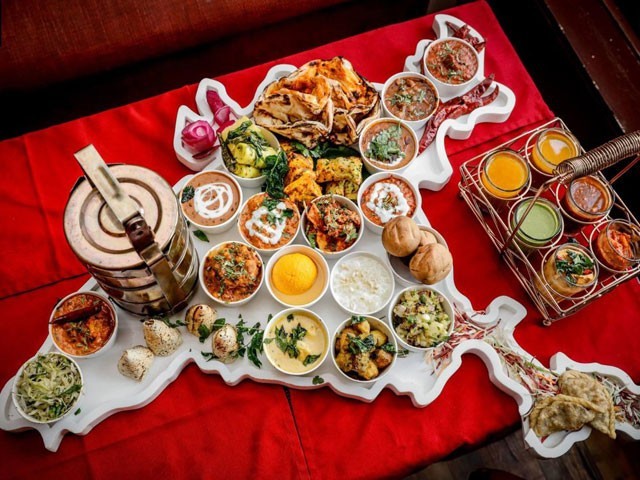 INR 370 discount being offered on the platter to the food-starved Kashmiris if they show their ID from IOK. PHOTO: TWITTER

At a time when the curfew-hit Indian-occupied Kashmir (IOK) is struggling from a terrible food shortage, a restaurant in India is offering a discount on a platter if the customer is from the disputed valley.

The New Delhi restaurant is offering INR 370 discount on ‘Article 370 platter’ if a customer has a government ID from Jammu and Kashmir, said India Today.

People from J&K will get 370 Rs extra discount on this. Read more details in the pic. pic.twitter.com/Tpgw1GOGex

The restaurant also claims to have veg and non-veg food options in the platter from the Himalayan region.

The disputed valley has been under lockdown since August 5 when India snatched IOK’s special status through a rushed resolution.

The locals are trapped in their homes which mean they cannot go out and bring food supplied in for their families.

In Kashmir, shopkeepers refuse to open despite India easing some curbs

There are reports that several Kashmiri families, already low on food, have been eating dried vegetables stored as emergency supplies.

Many believe when the Kashmiris are forced to live under harsh conditions with no food and drug supplies, the Article-370 platter under the hashtag #UnitedIndiaThali, is to ridicule their misery.