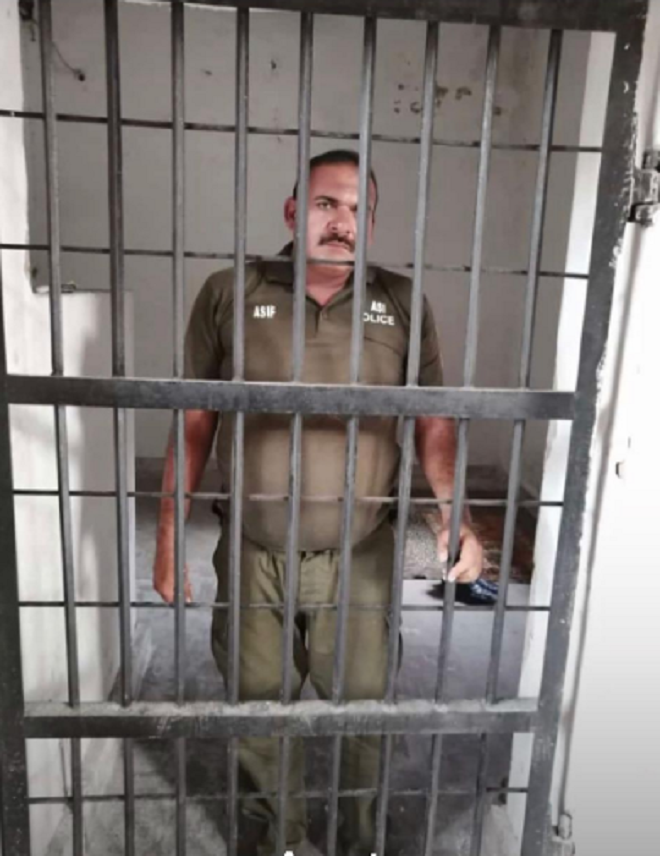 LAHORE: Despite tall claims by Pakistan Tehreek-e-Insaf (PTI) government in Punjab, yet another incident of ill-treatment of an elderly woman at the hands of police has been reported just outside the Central Police Office (IG Office) in Lahore.

A video of the incident went viral on the social media showed that Assistant Sub-Inspector (ASI) Asif Ali misbehaved with an elderly woman (about 80-90 years old) outside the IGP office. The officer not only abused the woman but also snatched her stick and threw it away on the ground. He also hurled threats at the victim.

I recorded this video outside CPO office in Lahore. pic.twitter.com/4PMH7TBTaA

Asif was later arrested and is in custody of Old Anarkali police station.

Both, the Punjab police and PTI are facing severe criticism over their failure to change the “Thana culture” after the consecutive incidents of custodial deaths have been reported in the province.

At least three such cases have been reported during the last few days. The incidents included the death of Salahuddin, the Faisalabad ATM theft suspect, death of a gardener Ami Maseeh in North Cantonment Lahore and Amjad Zulfiqar in Sir Ganga Ram Hospital. Zulfiqar was recovered a few days back from an illegal private torture cell being run by SHO Gujjarpura Raza Jaffery.

The victim was admitted to the hospital where he died. Police alleged that he succumbed to injuries he suffered during his detention at the torture cell.

At least seven custodial deaths during the ongoing year have been reported so far in the provincial capital alone.

The criticism of Punjab Police magnified on Wednesday after Bahawalpur Regional Police Officer denied police torture of Salahuddin even though the video footages had surfaced in which the victim was being subjected to torture.