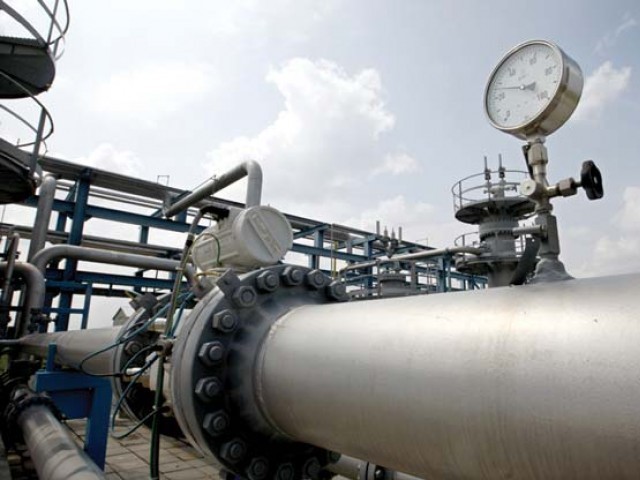 ISLAMABAD: In the wake of stiff criticism, Prime Minister Imran Khan on Wednesday ordered the withdrawal of the controversial Gas Infrastructure Development Cess (GIDC) Ordinance and decided to have the matter of the Rs416.3 billion outstanding dues settled through court.

“The ordinance was issued with a view to recover 50% of the stuck revenue by way of an out-of-court settlement after consultation with the industry,” read a statement issued by the PM Office.

“However, in view of the recent controversy, the prime minister, in the interest of transparency and good governance, has decided to withdraw the ordinance.”

The prime minister has directed the attorney general for Pakistan to move an application for an urgent hearing of the case in the Supreme Court, so that the matter could be decided at the earliest in accordance with the law and the constitution.

The Pakistan Tehreek-e-Insaf (PTI) government’s decision to waive off GIDC dues of over Rs300 billion in favour of a few industrialists has drawn a severe backlash from various quarters.

The PM Office’s announcement came in the midst of a meeting of the National Assembly’s Standing Committee on Finance that was debating on the pros and cons of the presidential ordinance.

“We should take the issue of a conflict of interest very seriously as waiving off the principal amount of Rs208 billion is tantamount to handing over Prime Minister Imran Khan to NAB [National Accountability Bureau],” said PTI MNA Faizullah Kamoka, who is a member of the committee, while criticising his party’s decision to give undue benefits to industrialists.

Pakistan Muslim League-Nawaz (PML-N) MNA Ali Pervaiz, who is also a member of the committee, raised serious questions over the entire process of writing off half of the outstanding dues.

He demanded that the government should disclose all the liabilities against the companies including late payment surcharges.

“The names of the cabinet members involved in a conflict of interest in the context of the move should also be disclosed,” he added.

“The government should also come up with a way to refund the 50% dues paid by deregulated sectors like the captive power plants and textile.”

The standing committee authorised Ali Pervaiz, Dr Nafisa Shah of the Pakistan Peoples Party (PPP) and Faizullah Kamoka to draft recommendations for the government to address the lack of transparency and conflict of interest and treat deregulated sectors at par with regulated ones.

“A lobbyist for IPPs [independent power plants] is chalking out regulations for the petroleum sector,” said Dr Nafisa Shah while taking a jibe at Nadeem Baber, the special assistant to the PM on petroleum.

The PM Office’s statement also struck a warning about losing all the Rs416.3 billion — an argument that legal experts say does not stand ground as the previous PML-N government had addressed the legal lacunae in 2015.

“The prime minister wishes to inform the nation that going to court carries a risk because the decision could go either way. This means that the government could get the whole amount or lose it all and possibly forgo any prospect of future revenue collections under this head,” the statement read. “Also on top of this, the government could be saddled with the burden of administering refunds of approximately Rs295 billion of the principal amount.”

However, the companies moved the courts against the 2015 legislation as well. The total GIDC claims stand at Rs701 billion and the companies paid Rs295 billion, leaving behind a balance of Rs416.3 billion.

The PM Office’s statement confirmed that “the total amount stuck in the GIDC litigation from January 2012 till December 2018 is about Rs417 billion.”

It added that in the first round of litigation, the Supreme Court annulled the GIDC statute. The federal government’s review petition was also dismissed by the apex court. Thereafter, fresh legislation was introduced that is presently being challenged before the high courts and a set of appeals is also pending in the Supreme Court.

The government argued that it was in this backdrop that the ordinance was issued to recover 50% of the stuck revenue.

The issue of waiving off half of the outstanding dues had surfaced when Asad Umar, who is now the chairman of the National Assembly’s Standing Committee on Finance, was the finance minister.

Giving the background of the move, Umar said the cash-starved government had decided to recover its receivables on account of the GIDC and the pending tax dues of the Federal Board of Revenue (FBR). He added that the attorney general for Pakistan had met the chief justice of Pakistan, who constituted special benches to hear FBR cases.

“Lawyers had informed the government that the 2011 legislation was weak while it was in a position to win the cases filed against the 2015 Act that could have helped recover Rs270 billion [for the period beyond the 2015 legislation],” he explained. “On this assumption, the government decided to waive off half of the dues,” he added.

“I don’t know about the content of the ordinance and why the government adopted this mode.”

Market watch: KSE-100 gains on back of encouraging inflation data