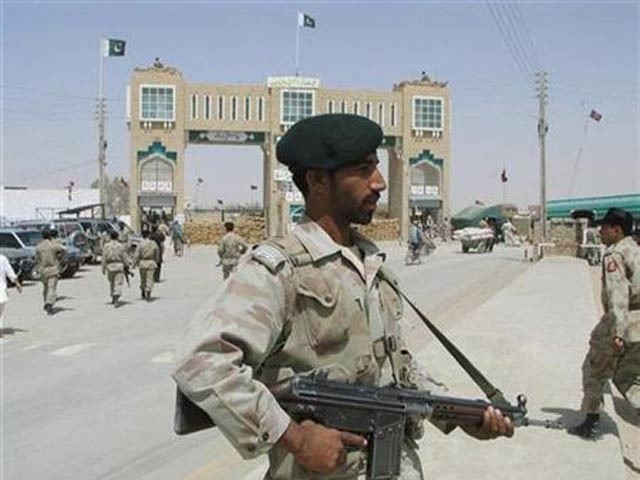 Prime Minister Imran Khan has taken serious notice of extortion by official agents deputed at check posts along the national highways and directed authorities to take strict action against such officials and play effective supervisory role to check rampant corruption.

It was brought to the notice of the prime minister by different sources that there was rampant illegal rent-seeking from goods transport in the country by a plethora of agencies and entities such as police, excise, customs, Rangers, the FC, Coast Guards etc at check posts established at national highways.

The letter dated September 4, 2019 mentioned the prime minister as seeking revision of standard operating procedures (SOPs), reduction in number of check posts – where possible – and their rationalisation by establishing multi-agency common check posts.

The concerned departments were asked to complete the exercise no later than October 5, after which action would be taken against not only the ground staff at check posts but against supervisory officers including heads of ministry or organisation.

In cases, where no action is taken against the supervisory officer by the concerned administrative officer, action will be initiated against chief secretaries, inspector generals and director generals.

The letter also mentioned that a simultaneous, evidence-based survey was being commissioned to know specific modus operandi for the illegal extortion regime and to put a quantitative tag on the issue.

“Apart from increasing the cost of transportation and doing business, this extortion, in the garb of law enforcement, security and narcotics checking creates inconvenience for public, corrupts the society as whole and brings a bad name to the country and the government machinery,” the letter read.

The letter said extortion is an ample proof of weak supervisory regime with safe presumption that the money so collected through illegal means is being shared with upper hierarchy at different levels. 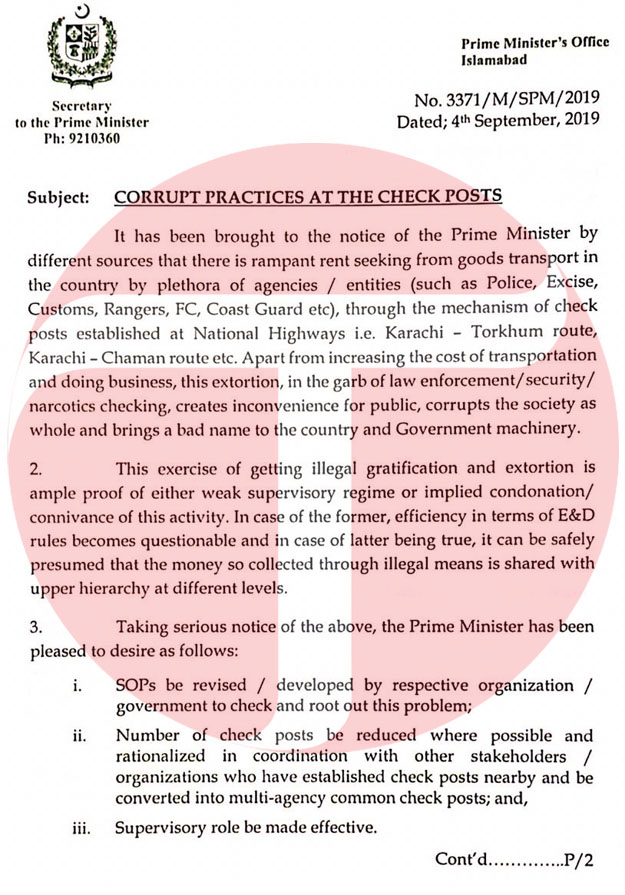 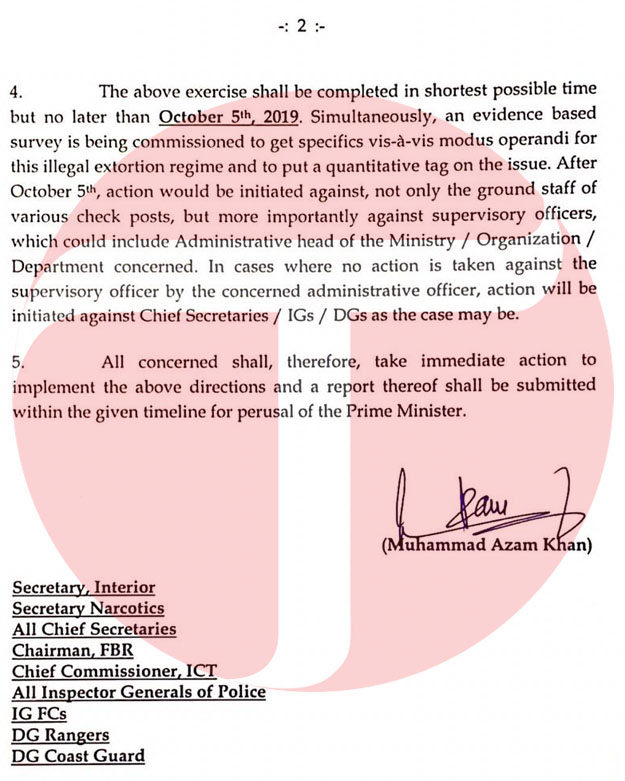