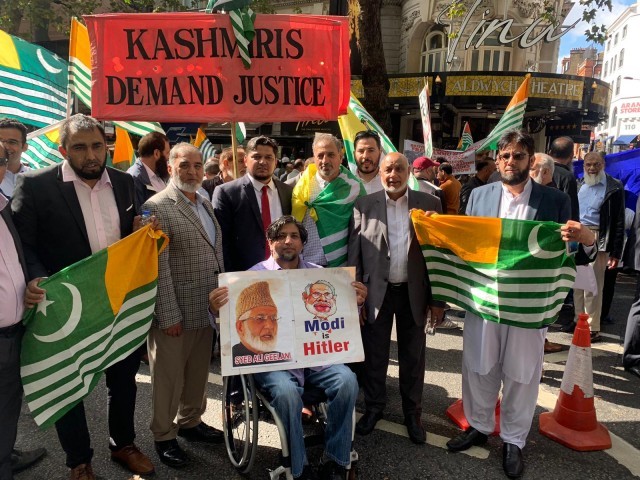 MUZZAFARABAD: British Kashmiris on Tuesday organised a Kashmir Freedom March in London to express solidarity with the people of Indian occupied Kashmir (IoK ) who are under siege and curfew since August 5.

Carrying Kashmiri flags and banners inscribed with pro-freedom slogans, thousands of Kashmiris settled in the different cities of United Kingdom (UK) gathered outside the Parliament Square and chanted slogans like ‘terrorist, terrorist, Modi terrorist’ and ‘we want freedom from India’.

Later the protesters marched from Parliament Square to the Indian High Commission in London to record their protest against the conditions in IoK where people are now running out of food and medicines.

On the occasion, British Labour Party MP Liam Byrne said that the world has to listen to the voices of the people of Kashmir and that the curfew in IoK is one of the worst kinds of human rights violations.

“We will continue to raise our voices for the voiceless people of IoK so that the world is forced to address their issues, including the right to self-determination,” Byrne concluded. 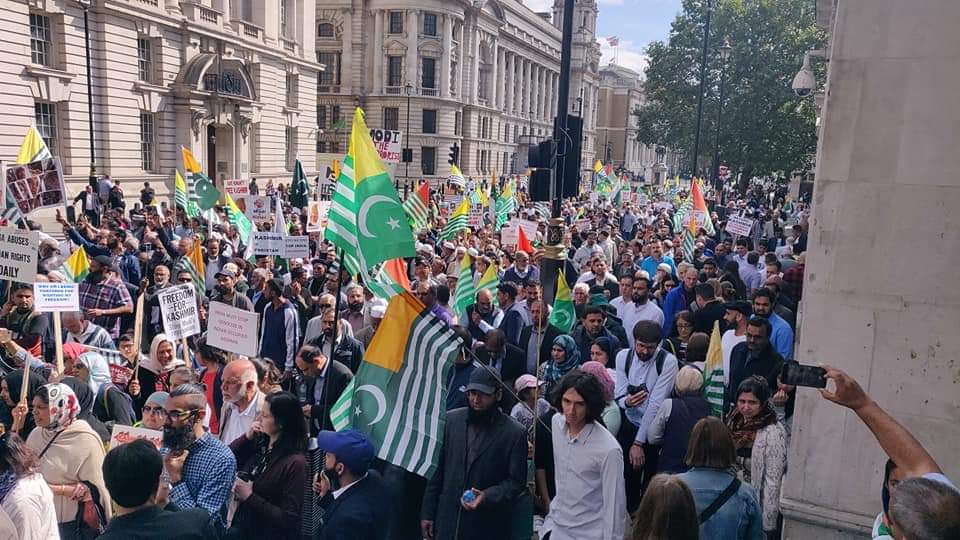 Glimpses from the Kashmir Freedom March held in London

Prime Minister of Azad Jammu and Kashmir (AJK) Farooq Haider said Kashmiris want freedom from India and appealed to the world to come forward and stop the genocide of the people of IoK.

Opposition leader Chaudhry Muhammad Yasin said it is now the world’s duty and UK’s duty to help the people of occupied Kashmir. He said that the Indian army is beating, harassing and arresting people without cause everyday.

Pakistan Tehreek-e-Insaf (PTI) AJK President Barrister Sultan Mahmood said that the people of Kashmir are looking at UK to play its role in solving the crisis as per their wishes.

“It is now time for the world community to act and protect the people of IoK, who are currently victims of Indian state terrorism,” he said.

Speaker Shah Ghulam Qadir said that it is of utmost importance for the global powers to save South Asia from an imminent nuclear conflict, adding that the people of IoK will never compromise on their basic and political rights granted by United Nations. 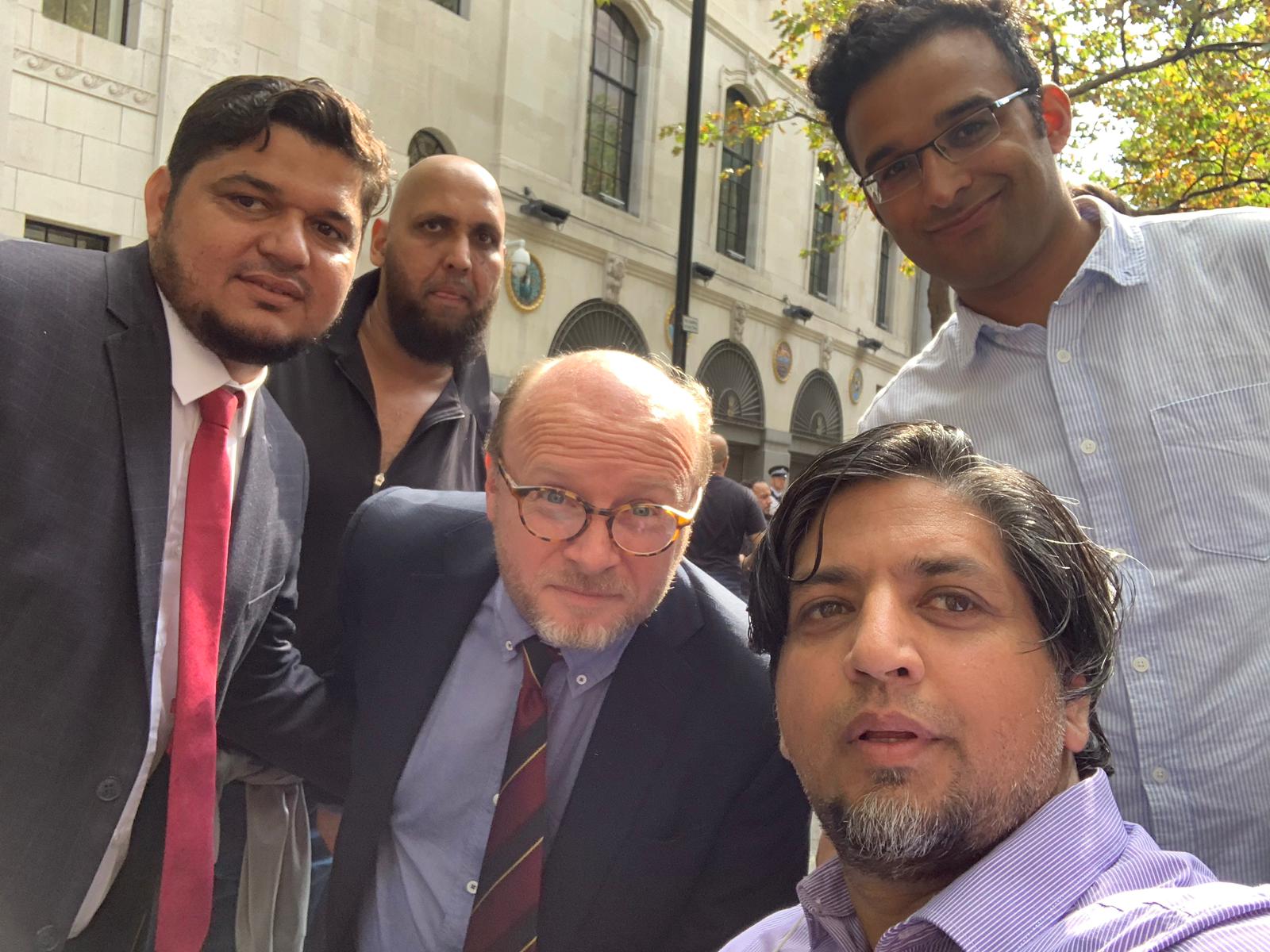 Glimpses from the Kashmir Freedom March held in London

Qadir appealed to all the global human rights’ bodies to put pressure on India to lift the curfew and relieve the eight million humans of IoK who have been fighting for basic rights for a long time.
Tehreek-e-Kashmir (TeK) President Raja Fahim Kayani said that the London Freedom March is a referendum against Modi’s policies which will neither work nor ensure peace and security in the region.

“Kashmiris have been forced to live inside their homes since the past one month and are not allowed to practice their religious duties. Nobody knows what is happening in IoK and what conditions the people are under,” he said.