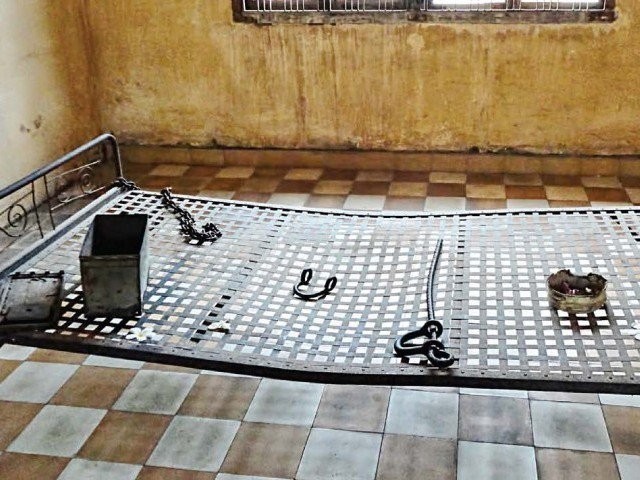 RAWALPINDI / ISLAMABAD: Police in Rawalpindi have kept suspects in private interrogation cells before showing noting their arrests down in the records of respective police station.

The malpractice, though common among law enforcers of the country, came to limelight once again when Cantonment zone DSP Waqar Azeem questioned some suspects locked up in Naseerabad police station.

CPO Faisal Rana has sent home packing three officers when he got the report about them running private torture cells in the city.

Officials said that CPO Rana had received information that some policemen were running safe houses to torture suspects before bringing them on record. Subsequently, he sent DSP Cantt Waqr Azeem for inspection of Naseerabad police station.

DSP Waqar examined records and the lock up the precinct. He interviewed three suspects locked up in the police station in different cases including dishonesty and kidnapping.

The suspects told the officer that they were arrested and kept at different places in the city in illegal confinement between three to 20 days without registration of a case. They added that they were moved to the station after that period.

At this, DSP Waqar rebuked ASI Atif Fida, ASI Akhtar Nawaz and ASI Naveed Asghar for not bringing on record the barest of the suspect. The errant officials had no explanation for the action.

DSP Waqar apprised CPO of the incident after which the city’s top cop suspended the policemen concerned and instructed legal action against them. The case against the suspect was registered under SHO Naseerabad, Khalid Abbasi.

CPO said that law was equal for everyone while illegal confinement would not be tolerated at any cost.

However, SHO was given a clean chit in the entire activity as being station head, he was responsible to keep a check on activities of officials working under his supervision.

Islamabad police have arrested 15 people for promoting pornography at net cafes. The dark cubicles of net cafes have become hubs of selling and showing obscene content particularly to children and students besides adults.

A complainant, Abdul Ghafar, told ACU that he approached Municipal Town Committee (MTC) for a map of a plaza on behalf of his expatriate brother which the committee delayed for two months.

Six of a family caught with hashish at IIA

A family of drug mules was caught trying to smuggle 17 kilogrammes of hashish to the UK. However, the Airport Security Force (ASF) foiled the drug smuggling attempt at Islamabad International Airport (IIA).

An AJK resident, Abid Manzoor, was travelling to Britain along with his family including his wife, two sons, a daughter and a nephew. During inspection of luggage, the ASF recovered 17-kilogrammes of hashish from suspects’ luggage which was skilfully concealed in different food items carried in four bags.

The ASF arrested all of the suspects and handed them over to Anti-Narcotic Force (ANF).