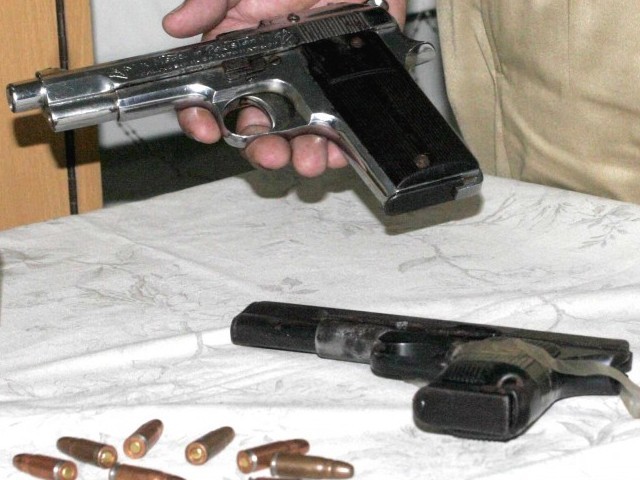 RAWALPINDI: A policeman charged of double murder has been arrested.

The suspect Tehsin Tariq shot and killed the injured Lehra Sab Khan and his son who was visiting him in the emergency ward of District Headquarters (DHQ) Hospital.

The suspect waved his gun in the air after killing both victims and fled.

The City DSP Faisal Saleem had reached the site with the police teams and started conducting raids immediately.

Later, the City Police Officer (CPO) Faisal Rana took notice of the incident and visited the hospital with SSP Operations Syed Ali Akbar and SSP Investigation Muhammad Faisal. He ordered the suspension of the two policemen deployed along with the hospital’s security.

He directed Ganjmandi SHO to arrest the suspect within 24 hours. While talking to the media outside the hospital, the CPO said that the hospital’s security plan would be prepared all over again. He added that the suspect had murdered the victims over a personal dispute which happened in Kalar Syedan.

A gang has been looting different motorists in a unique way.

Mehmas Dabar told the Murree Police that he was travelling in a car from Muzaffarabad to New Islamabad Airport with his four relatives.

They discovered that the road was blocked by big rocks on a road near Pearl Continental (PC) Bhurban. They disembarked from the car to remove them when suddenly, five masked robbers appeared and stole mobile phones and Rs130,000 from all the victims.

In another incident, the same gang looted Rs35,000 from two more people using the same method.

The police have registered cases of both incidents.

Similarly, Taxila Police impounded two public transport vehicles and arrested their owners over the installation of gas cylinders. The police have registered cases against all suspects.