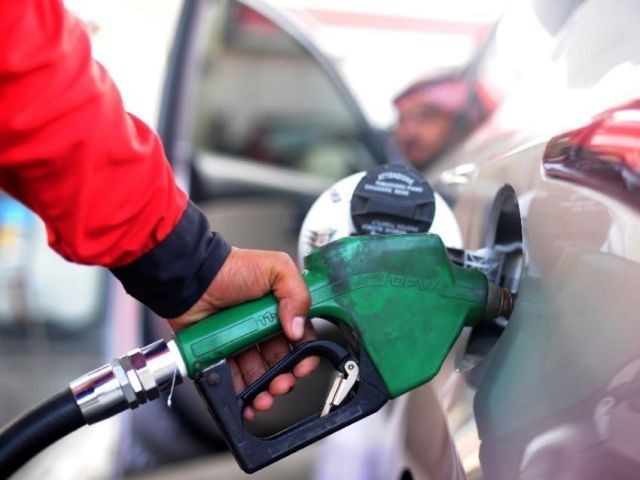 New prices will come into effect from Spetember 1. PHOTO: AFP/FILE

ISLAMABAD: The federal government on Saturday announced reduction in prices of petroleum products in line with global oil prices for month of September 2019.

The government had passed on full impact of reduction in prices of petro, kerosene oil and Light Diesel Oil (LDO).

However, it did not pass on full relief to the consumers in prices of high speed diesel which is widely used in agriculture and transport sectors.

The fluctuation in its price has direct inflationary impact on the masses.

The average purchase price of petrol inclusive of custom duty over the last imported period has been Rs71.89 per litre and that of HSD at Rs82.06 per litre prior to taxes and cost of distribution.

After adding taxes and distribution charges in cost of purchasing petrol and high speed diesel, over last month, the ex-depot sales prices are fixed at Rs113.24 per litre and Rs127.14 per litre respectively.

The share of distribution charges in not more than Rs3 per litre on these products. The prices of petroleum products are determined by Ogra using actual orders placed by PSO for HSD and petrol for the last month.

Predefined costs like freight, ports handling and OMC and retailers margins are then added by Ogra. Finance Ministry said that since last three months, the GST has been fixed at 17 per cent when in financial year 2015-16, it had gone to as high as 71 per cent on HSD.

Petroleum Levy is also fixed. So, any variation in purchase price of PSO over the last imported period is notified by Ogra. If international prices show downward trend, this occurs with 30-40 days subject to exchange rate movement.

However, finance ministry did not disclose how much it was charging petroleum levy from the consumers on petroleum products. The government is charging

However, finance ministry said that these prices in term of rupee parity for petrol are significantly lower than regional markets like India (Rs 168.25 per litre), Sari Lanka Rs144. 15 per litre, Bangladesh Rs168.79 per litre.

The new prices will come into effect from September 1 (Sunday). 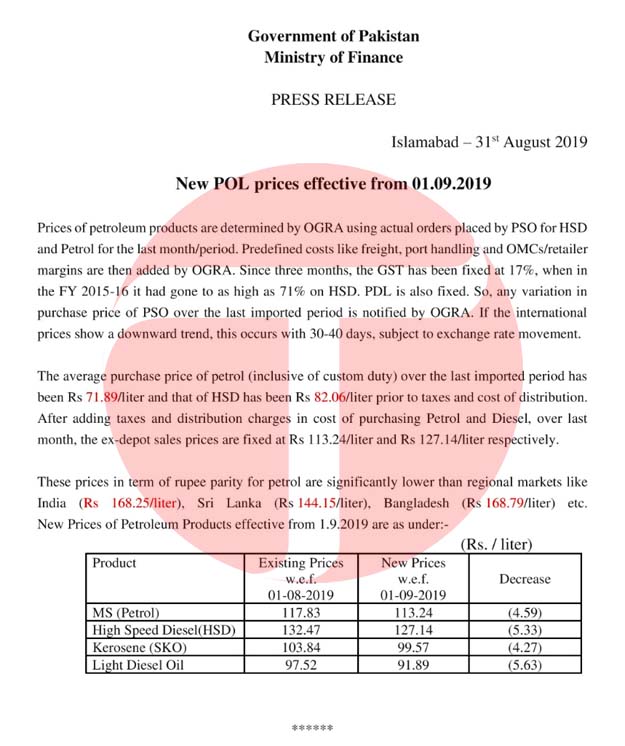