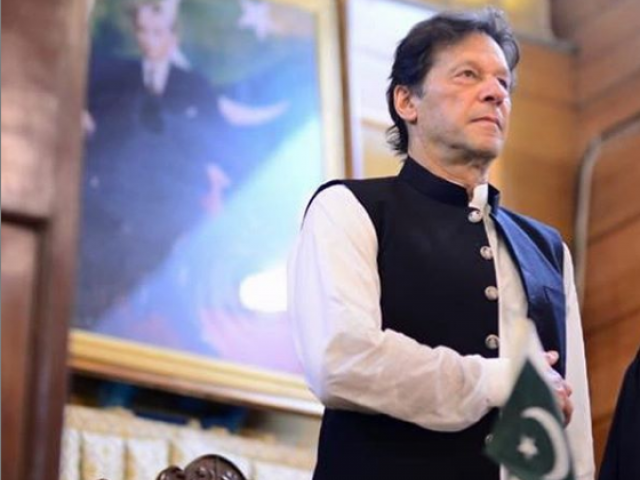 Prime Minister Imran Khan warned the international community of the dangers of ignoring the clampdown in Indian occupied Kashmir, stressing that a nuclear shadow hovered over South Asia.

Penning an opinion piece for The New York Times, the premier said “if the world does nothing to stop the Indian assault on Kashmir and its people, there will be consequences for the whole world as two nuclear-armed states get ever closer to a direct military confrontation”.

“It is imperative that the international community think beyond trade and business advantages. World War II happened because of appeasement at Munich. A similar threat looms over the world again, but this time under the nuclear shadow,” he warned.

The prime minister said “with the nuclear shadow hovering over South Asia”, Islamabad and New Delhi should move out of “a zero-sum mindset to begin dialogue on Kashmir, various strategic matters and trade”.

World reaction would be much stronger if Kashmiris were not Muslims: PM Imran

PM Imran noted that dialogue could only be initiated if the Narendra Modi-led government reverses the revoking of Article 370, ends the lockdown and withdraws Indian troops from the barracks.

The prime minister wrote of his repeated attempts to initiate dialogue with the Bharatya Janata Party government in New Delhi. “Evidently Modi had mistaken our desire for peace in a nuclear neighbourhood as appeasement,” he wrote. “We were not simply up against a hostile government. We were up against a New India, which is governed by leaders and a party that are the products of the Hindu supremacist mother ship, Rashtriya Swayamsevak Sangh, or the RSS.”

“India’s defence minister has issued a not-so-veiled nuclear threat to Pakistan by saying that the future of India’s no-first-use policy on nuclear weapons will “depend on circumstances.” Pakistan has long viewed India’s “no first use” claims with skepticism,” he wrote.

“On Kashmir, the dialogue must include all stakeholders, especially the Kashmiris,” he continued. “We have already prepared multiple options that can be worked on while honoring the right to self-determination the Kashmiris were promised by the Security Council resolutions and India’s first prime minister, Jawaharlal Nehru.”

The premier also said that that New Delhi was “lobbying to get Pakistan placed on the ‘blacklist’ at the intergovernmental Financial Action Task Force, which could lead to severe economic sanctions and push us toward bankruptcy.”

PM Imran criticised Modi’s rhetoric by citing the bloodshed during his tenure as chief minister of Gujrat which led to the United States denying him visa under its International Religious Freedom Act — a list of visa denials that included associates of Slobodan Milosevic.

“Modi’s first term as prime minister had been marked by lynching of Muslims, Christians and Dalits by extremist Hindu mobs, he continued. “In Indian occupied Kashmir, we have witnessed increased state violence against defiant Kashmiris. Pellet-firing shotguns were introduced and aimed at the eyes of young Kashmiri protesters, blinding hundreds.”