ADB to provide $1.3b worth of loans to Pakistan in Nov

ADB to provide $1.3b worth of loans to Pakistan in Nov 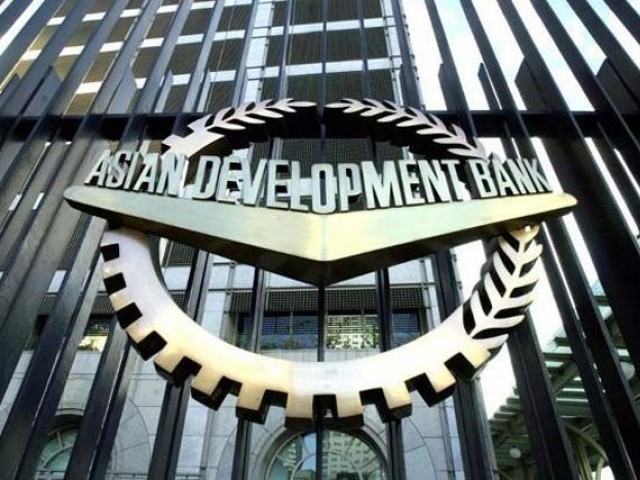 ISLAMABAD.: The Asian Development Bank (ADB) on Thursday assured to give loans worth $1 billion for budgetary support and $300 million for energy sector reforms in November but complained about slow implementation on schemes, which delayed the release of billions of dollars approved under project loans.

ADB Vice President (Operations) Shixin Chen, who is in town, raised the issue of the slow approval process and delays spanning over years in execution of schemes during his meetings with Prime Minister Imran Khan and Federal Minister for Economic Affairs Hammad Azhar.

The officials, privy to the development, told The Express Tribune that Chen said the lending agency was processing Pakistan’s request for $1 billion emergency budgetary support loan and another $300 million for energy sector reforms.

However, the final decision would be taken by the ADB Board of the Directors.

Pakistan gets $440m worth of fresh loans in July

Both these loans are expected to be approved in November, subject to fulfillment of all prior conditions attached to them.

The officials said that the VP complained about delays in both approval of new projects and implementation on the approved schemes, which was keeping the committed money idle. Only in the energy sector, $2.1 billion loans remained undisbursed, they added.

The prime minister directed the Economic Affairs Division to fast-track the processing and implementation of the ADB projects to facilitate its support towards the economic prosperity of Pakistan and its citizens, according to a statement issued by the Prime Minister Office.

The VP assured that the ADB would support Pakistan and finance projects according to the development priorities of the government of Pakistan, a Ministry of Finance handout stated.

He assured the minister of the bank’s resolve to expand partnership with Pakistan to finance the priority projects, it added.

The VP underscored that to streamline the procedures, enhanced capacity of government functionaries, continuity of the postings and enhancing procurement rules were of paramount importance to complete development project within time and allocated budgets.

All these issues were creating hurdles in disbursements of loans by the ADB.

During the meeting with the Ministry of Economic Affairs, the ADB’s three-year Country Operations Business Plan (COBP) for Pakistan (2020-2022) worth $7 billion was also discussed.

It was further agreed that the COBP would be finalised with mutual deliberations between the ADB and the EAD, according to the official handout.

It was agreed that priority shall be given to agriculture, water and sanitation, renewable energy, climate change, tourism, housing, education, health, and social sector projects.

The ADB VP briefed the prime minister regarding short-, medium- and long-term support to Pakistan in various sectors of the economy, particularly trade and competitiveness.

The VP discussed various proposals for enhancing the institutional capacity of the government that would help the country achieve its development and economic stability agenda.

Chen noted that Pakistan could play a very important role in promoting regional cooperation and integration in Central and West Asia region.

The prime minister said that his government’s main focus was to help the down-trodden alleviate from poverty and that this was his personal mission. Expanding the tax base, institutional reforms and out-of-the-box solutions for service delivery were the priority areas for achieving the goal of good governance, stated the prime minister.

Both the sides also discussed the possibility of $200 million ADB loan for the prime minister’s Ehsaas Programme, which was being built upon the Benazir Income Support Programme context.

The forum provided a platform for developing leaders and industry experts to discuss solutions to global challenges faced by capital market regulators for better capital markets development in the CAREC region, which include the use of technology.

“This forum underscores the need to evolve strong and meaningful cooperation among our capital markets and would expand access to finance, improve regulatory structures, and support private sector development in the CAREC region,” said Chen. “The region needs much more financing and investments than public sector resources can alone provide.”

The forum was attended by around 150 delegates from all CAREC member countries. The CAREC Programme is a partnership of 11 countries—Afghanistan, Azerbaijan, the People’s Republic of China, Georgia, Kazakhstan, the Kyrgyz Republic, Mongolia, Pakistan, Tajikistan, Turkmenistan, and Uzbekistan—to promote economic growth and development through regional cooperation.

Privatisation of PSM to take longer than expected