Says Hafeez Sheikh should take lesson­s from someon­e who knew how to fix the econom­y
By ​ Our Correspondent
Published: August 29, 2019
Tweet Email 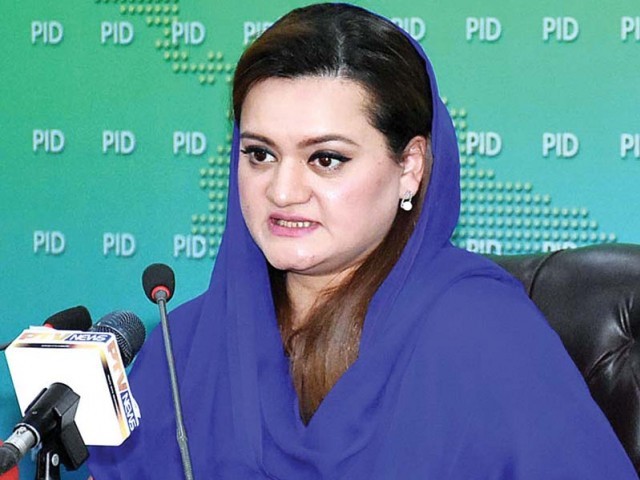 Responding to the finance adviser’s press conference on Thursday in the provincial capital, Marriyum said that Sheikh took a leaf out of PTI’s book and lied to the nation by saying that record loans of Rs7600 billion were spent to provide relief to the people.

“Is a 200 per cent surge in gas prices a relief for the people? Is the 35 percent increase in electricity prices a respite? Is this a relief that has made over one million people unemployed and pushed over four and half million below the poverty line? Is doubling the price of medicines a relief for the ailing? Is the new taxation on salaried class a relief package for them? Is shutting down 400 government projects an act of public relief and is the crushing 14 percent inflation a hallmark achievement,” Marriyum asked.

She said that all positive indicators were in negative with the country’s tax to GDP ratio dropping from 15 to less than 13 per cent, the growth rate cut from 5.8 to 3.3 per cent, foreign direct investment cut by half, exports being in hot waters and the stock exchange registering alarming losses.

Marriyum declared that instead of lecturing the nation on austerity, Dr Sheikh should take lessons from someone who knew how to fix the economy.

Slamming Dr Shaikh for advising people to keep their eyes shut to international evaluations by foreign media, she said it showed how ‘insecure’ and ‘helpless’ the PTI regime was.