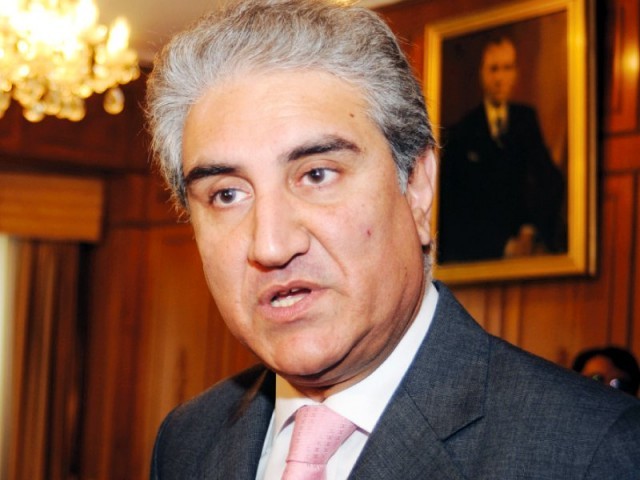 Foreign Minister Shah Mehmood Qureshi held a telephonic conversation with his Kuwaiti counterpart to apprise him about the latest situation in Indian Occupied Kashmir (IOK) on Wednesday.

According to an official statement, Qureshi highlighted the illegal and unilateral steps taken by the Indian government to repeal the disputed status of the Himalayan valley and its demographic structure.

He also underscored the role of International Human Rights’ bodies and the international media in highlighting the Indian atrocities, including suppression of religious freedom on the occasion of Eidul Azha.

Sabah Al Khalid Al Sabah, who is also deputy prime minister of Kuwait, expressed his deep concerns on the human rights violations in the Occupied Kashmir.

Pakistan to take up IOK at UN fully prepared: Qureshi

New Delhi, FM Qureshi said, might try to divert the world’s attention from these grave human rights violations in IOK by staging a false flag operation and placing the blame on Islamabad.

The communiqué added that he also expressed appreciation for Kuwait’s constructive engagement as a member of the UN Security Council in maintaining peace and stability in the region.

Al Sabah thanked Qureshi for his detailed briefing over the current situation in the Occupied Kashmir.