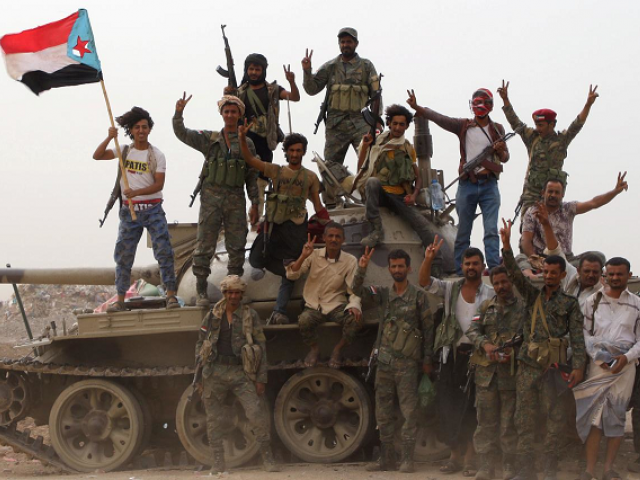 Forces of the Saudi-backed government have recaptured most of the neighboring towns they had previously lost to the United Arab Emirates-backed separatists before moving towards the port city of Aden, they said.

The government’s information minister Moammar al-Eryani said on Twitter that government forces had taken Aden’s airport from the separatists.

The separatists and the internationally recognised government of President Abd-Rabbu Mansour Hadi are nominally united under the Saudi-led coalition in their battle against Yemen’s Houthi movement.

But the UAE has been at odds with the government as it comprises the Islah party, seen as close to the Muslim Brotherhood, an Islamist movement which the Gulf state has been fighting across the Middle East and North Africa. Islah denies being a member of the Brotherhood.

The Western Muslim coalition intervened in Yemen in March 2015 against the Houthi movement that ousted Hadi from power in the capital Sanaa in late 2014. His government relocated to Aden.

Witnesses said clashes could be heard in Aden’s al-Arech and Khor Maksar districts, as well as around Aden’s airport, which has been under the control of the UAE-backed forces since 2015.

Government forces took control of Zinjibar, the capital of the neighboring Abyan, earlier on Monday, after securing most of the oil-producing province of Shabwa and its liquefied natural gas terminal in Balfaf.