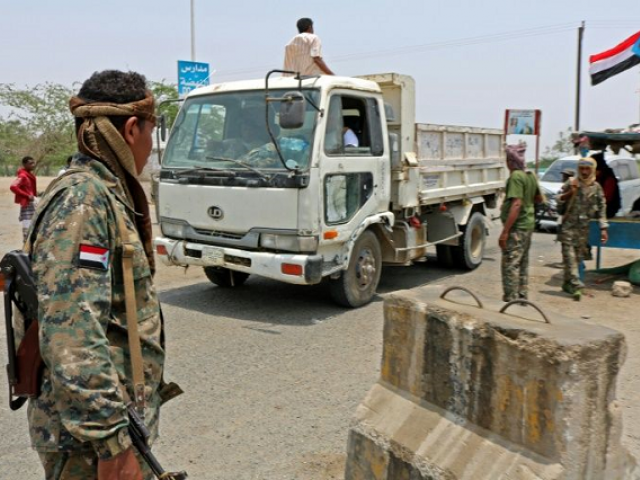 The Yemeni government has previously insisted it would only take part in talks after separatist forces withdraw from positions they seized in interim capital Aden earlier this month.

Riyadh and Abu Dhabi both technically back the internationally recognised government of President Abedrabbo Mansour Hadi in a four-year military intervention against Houthi rebels based in Yemen’s north.

But the government has openly accused the UAE of backing forces loyal to the separatist Southern Transitional Council (STC).

Clashes resume in Yemen’s Aden as UN calls for dialogue

In a joint statement on Monday, the Saudi and Emirati foreign ministries urged both sides to cooperate with a coalition committee and to attend talks in the Saudi city of Jeddah.

The two countries “call for the speedy engagement in the Jeddah dialogue called by Saudi Arabia to address the causes and consequences of developments in some southern provinces,” they said.

Facing pressure from Saudi Arabia, the STC has partially withdrawn from some positions it occupied in Aden, but it retains control of key military sites.

Fighting flared again between loyalists and secessionists on Thursday night in the southern province of Shabwa, leaving 11 dead according to medics.

Coalition spokesperson Turki al-Maliki urged all parties on Monday to observe a ceasefire.

Yemen’s defence ministry on Sunday reiterated accusations that the UAE was backing the separatists attacks on government positions in a number of southern provinces.

But in its statement, the coalition “rejected and condemned accusations and defamation campaigns” targeting the UAE, recalling the country’s efforts against the Houthis.

The STC is demanding renewed independence for South Yemen, which was a separate country before unification in 1990.

The coalition intervened in support of the Yemeni government in 2015 after the Houthis seized the capital Sanaa and most of the Arab world’s poorest nation.

Since then, the conflict has killed tens of thousands of people, aid agencies say.

The fightings has sparked what the United Nations labels the world’s worst humanitarian crisis.

Myanmar clashes between army and rebels force thousands from home