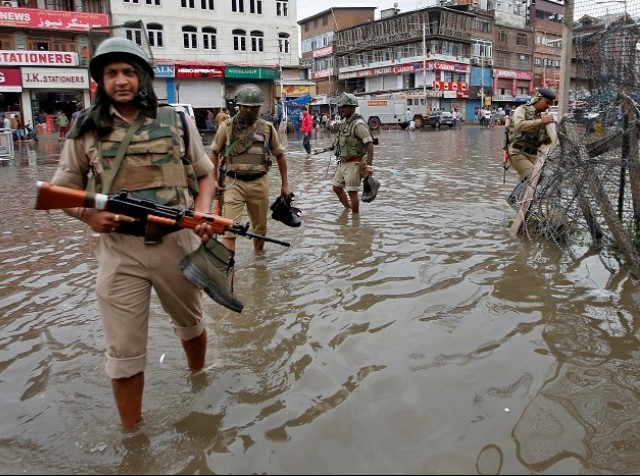 Indian occupied Kashmir (IoK) is undergoing a major health crisis as hospitals are turning away patients, medicines are running out and the suspension of phone services is making it impossible to call for ambulances in emergency situations during in the ongoing lockdown in the disputed territory.

Hospitals such as Shri Maharaja Hari Singh (SMHS) remain almost empty with a few patients waiting for treatment since before the lockdown.

Any new patient seeking medical treatment is being asked to return after things return to normal.

According to The Independent, the number of surgeries performed in the hospital has decreased by at least 40 to 60 per cent. Doctors say they have shifted their focus to emergency services to avoid deaths resulting from the on-going protests against India’s decision to revoke article 370.

“We have been told to put routine surgeries on hold as there are fears of people getting critical injuries if protests erupt against the August 5 decision,” said an SMHS Hospital official.

On average, the hospital was able to perform 20 routine surgeries a day, now they are unable to cover more than six, he says. Patients are also being sent home early after receiving primary treatment, leaving them vulnerable to infections.

Occupied Kashmir, which receives more than 90 per cent of its medical supplies from India, is also now facing an unprecedented shortage of drugs as a result of the lockdown and has seen an increase in “panic buying”.

“If the supplies are not restored within the next few days, we have no option but to shut the chemist shops,” said Kashmir Chemist and Distributors Association President Arshad Husain Bhat.

He says nearly 3,000 Srinagar capital-based distributors are unable to supply drugs to chemists in Kashmir because of the blockade, adding that the worst hit are diabetic, haemophilia and hypertensive drugs.