Modi conferred ‘The King Hamad Order of the Renaissance’ in Bahrain

Modi conferred ‘The King Hamad Order of the Renaissance’ in Bahrain 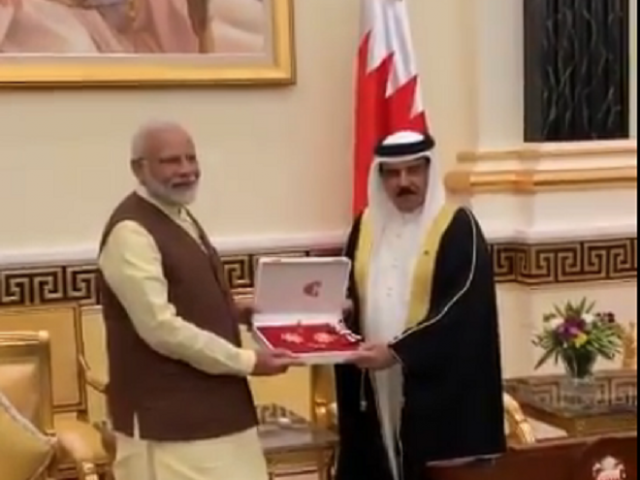 PM @narendramodi has been conferred The King Hamad Order of the Renaissance.

This was announced by His Majesty the King of Bahrain. pic.twitter.com/tuJYMzCpsK

“I feel very honoured and fortunate to be awarded the Order. I am equally honoured by Your Majesty’s friendship for me and for my country. I humbly accept this prestigious honour on behalf of 1.3 billion Indians,” Indian PM said while accepting the award.

“It is an honour for entire India. This is a symbol of the close and friendly relations between the Kingdom of Bahrain and India,” he added.

This visit sets the ground for even stronger bilateral cooperation between India and Bahrain. The discussions with top leaders, agreements inked and community interactions were truly memorable.

Hospitality of the people and government was outstanding. pic.twitter.com/9mkMl30o85