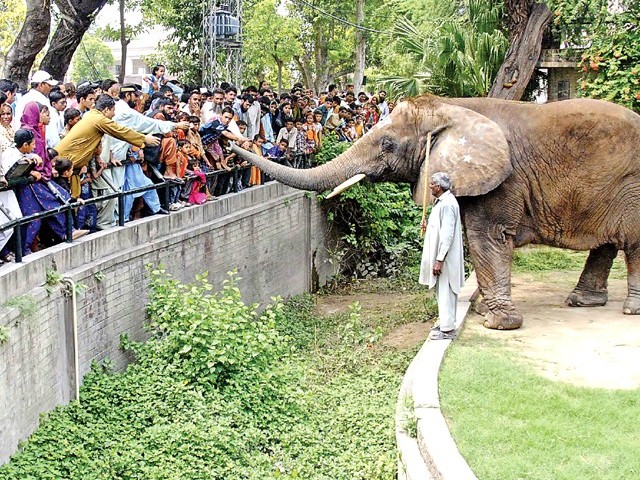 LAHORE: The Punjab Wildlife Protection Department has decided to ban riding on live animals in zoos and wildlife parks across the province.

The decision is being implemented, in its first phase, in Lahore Zoo. Riding on animals including camels, horses and ponies has been banned in the zoo.

However, the camel ride will be allowed until the end of the current contract. Under the pressure from organisations working for animal protection, the wildlife department decided to ban the riding of the animals in zoos and wildlife parks.

In a welcoming decision, the Lahore Zoo Committee first banned the riding of camels, horses and ponies. Further extension in the agreement of pony and horse riding has been denied. Camel rides will continue until the end of the contract.

Lahore Zoo Spokesperson Kiran Saleem confirmed the committee decisions and said that the Lahore Zoo Management Committee had decided on the ban.

Punjab Wildlife Protection Department Honorable Game Warden Badar Munir said that animals are loved and cared for everywhere around the world and their health is people’s responsibility.” However, Pakistan, India and a few other countries are some of the places where live animals are used for riding in zoos and parks. The ban is imposed due to the possible harm to animals and children during the ride.”

Children are often scared while riding on animals or they may be hurt by falling, due to which the ban is being imposed, he added.

He maintained that camel and horse riding is a good source of children’s recreation but as an alternative, the electronic swing that resembles animals is being arranged for the ride. “Even if children are afraid of sitting on rides, there is no fear of any reaction.”

On the one hand, some families have appreciated the move of banning the riding of live animals but on the other hand, some people commented that the administration should improve safety measures during animal riding rather than banning them altogether.

Reportedly, children at the zoo also seem disappointed by the move. Not only is the move expected to affect children’s recreation in the provincial capital, but a major source of zoo revenue will also be eliminated.