US, Taliban due to resume peace push at Doha talks

US, Taliban due to resume peace push at Doha talks 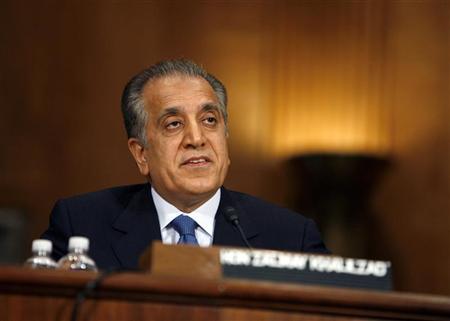 DOHA: The US and the Taliban said they would return to talks in Qatar on Friday aimed at bringing a close to Afghanistan’s 18-year conflict.

Taliban spokesperson Zabihullah Mujahid told a media WhatsApp group that day two of the ninth round of negotiations in Doha would “restart after evening prayers and will continue till late evening”.

A source close to the US negotiating team confirmed that “talks will resume this afternoon”.

The US, which invaded Afghanistan and toppled the Taliban in 2001, wants to withdraw thousands of troops but only in return for the group renouncing al Qaeda and curbing attacks.

Washington is hoping to strike an agreement with the Taliban by September 1 — ahead of Afghan polls due the same month, and US presidential polls due in 2020.

The talks are expected to focus on establishing a timeline for the US withdrawal of its more than 13,000 troops.

“We have good talks going and we will see what happens.”

But thorny issues remain unresolved, including power-sharing with the Taliban, the role of regional powers including Pakistan and India, and the fate of Afghanistan’s incumbent administration.