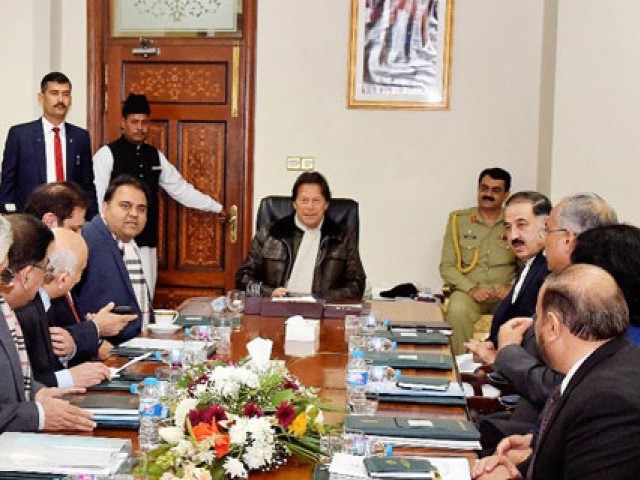 ISLAMABAD: Prime Minister Imran Khan on Thursday chaired a meeting of the Kashmir Core Group at the Prime Minister’s Office to discuss the government’s efforts to raise awareness about the dire human rights and humanitarian situation in Indian-Occupied Kashmir.

The main focus was on Pakistan’s extensive political and diplomatic outreach to the international community and the serious risks for peace and security posed by India’s illegal and unilateral actions of August 5, 2019.

The continued lockdown of millions of Kashmiris since August 5, 2019 and India’s repression and growing atrocities were strongly condemned. Pakistan’s abiding solidarity with the Kashmiri brethren in siege was also reaffirmed.

The participants also noted that calls were growing on India to immediately lift the curfew and other restrictions and alleviate the sufferings of the Kashmiri people.

During the meeting, measures were agreed to further reinforce Pakistan’s efforts in the political, diplomatic, legal and media domains to highlight the Kashmir cause worldwide and to enable the people of Indian-Occupied Kashmir realise their right to self-determination.
The meeting was attended by the foreign minister, law minister,

Parliamentary Committee on Kashmir Chairman, special assistant to the prime minister on information, attorney general and other senior officials.