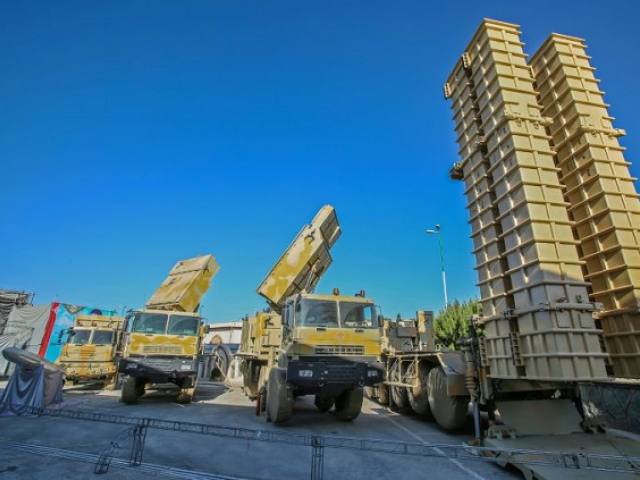 TEHRAN: Iran unveiled its new home-grown air defence system on Thursday at a time of increased tensions with the United States.

Tehran began making Bavar – which means “believe” – after the purchase of Russia’s S-300 system was suspended in 2010 due to international sanctions.

Iran tanker heads to Greece, US warns against helping vessel

“The long-range Bavar-373 missile system is suited to Iran’s geography with a range of more than 200 kilometres (124 miles) … and competes with Russian and American systems such as S-300 and Patriot,” IRNA said.

The system is “better than S-300 and close to S-400”, Rouhani said in televised remarks after the ceremony, held on Iran’s “national defence industry day”.

Pictures released by his office showed the system mounted on the back of military trucks in Tehran.

Iran installed the S-300 system in March 2016 following several years of delays, after a nuclear agreement reached with world powers the previous year allowed the lifting of international sanctions.

Thursday’s unveiling takes place against a backdrop of rising tensions with Washington since President Donald Trump last year withdrew the United States from the nuclear deal and reimposed sanctions.

Iran shot down a US Global Hawk drone with a surface-to-air missile in June for allegedly violating its airspace, which the United States denies.