Gates hopes to see a polio-free Pakist­an and world
By Our Correspondent
Published: August 21, 2019
Tweet Email 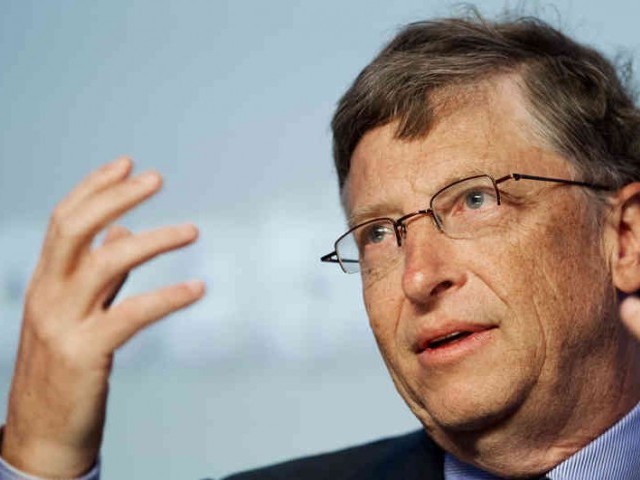 Founder of Microsoft and philanthropist Bill Gates has commended Prime Minister Imran Khan’s anti-polio drive in a letter and welcomed the strong and growing partnership between the two countries on poverty alleviation initiatives.

Gates appreciated the government’s Ehsaas Program and its social welfare work for the people. He also expressed his desire to help in the program.

“We plan to establish a Program Delivery Unit (PDU) to help implement the Ehsaas Program’s ambitious financial inclusion, nutrition and another development objective,” the letter said.

Gates further reiterated his commitment to Pakistan’s effort to eradicate polio from the country. 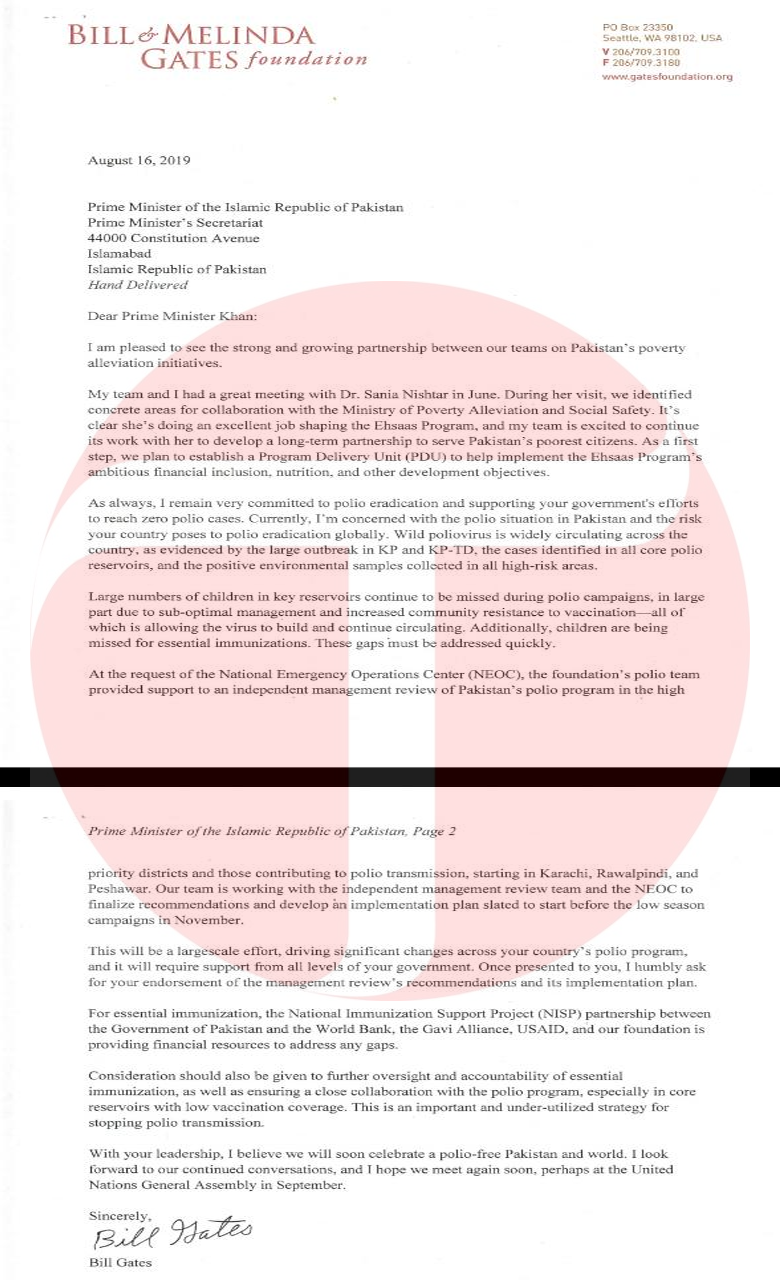 “Currently, I’m concerned with the polio situation in Pakistan and the risk your country poses to polio eradication globally,” said Gates. “Wild poliovirus is widely circulating across the country, as evidence by the large outbreak in KP and KP-TD, the cases identified in all core polio reservoirs, and the positive environmental samples collected in all high-risk areas.”

“A large number of children in key reservoirs continue to be missed during polio campaigns, in the large part due to sub-optimal management and increased community resistance to vaccination,” stated Gates. “All of which is allowing the virus to build and continue circulating.”

Gates stressed that a large scale effort is required to drive significant changes across Pakistan’s polio program and it will require support from all levels of the government.

“Considerations should also be given to further oversight and accountability of essential immunisation, as well as ensuring close collaboration with the polio program, especially in core reservoirs with low vaccination coverage,” the letter suggested. “This is an important and under-utilized strategy for stopping polio transmission.”

‘Water pollution can reduce economic growth by a third’