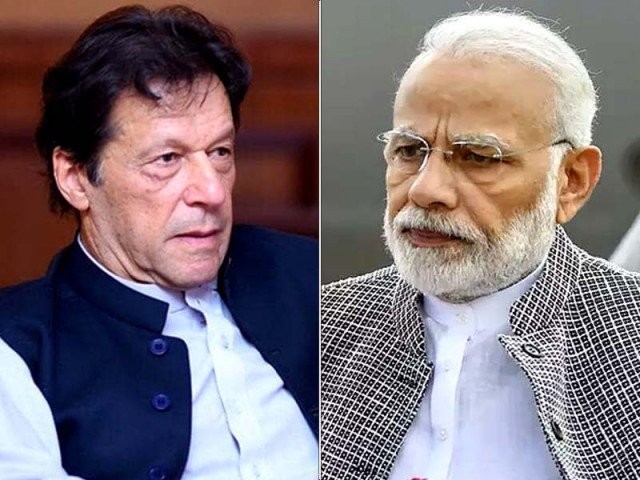 ISLAMABAD: Days before the Indian government decided to revoke the special status of Occupied Jammu and Kashmir, Islamabad and New Delhi were in an advanced stage of backchannel talks to arrange a meeting between Prime Minister Imran Khan and his Indian counterpart Narendra Modi in New York next month.

The discreet diplomacy was not only meant to arrange an Imran-Modi meeting on the sidelines of the United Nations General Assembly’s annual session but also aimed at laying the groundwork for resumption of the long-suspended dialogue between the two countries.

Both Pakistani and Indian sources confirmed to The Express Tribune that the two countries initiated backchannel talks after Modi returned to power with a landslide victory in the general elections in May.

The decision to work quietly for the resumption of dialogue was made to avoid media attention that often complicated the process.

Indian High Commissioner Ajay Bisaria, who was recently expelled from Islamabad after Pakistan downgraded diplomatic ties with India over its Kashmir move, was leading the Indian side while Foreign Secretary Sohail Mehmood, who not long ago was serving as the Pakistani high commissioner in New Delhi, was Pakistan’s point person.

Diplomatic sources revealed that the quiet diplomacy had enabled Imran and Modi to exchange letters soon after the Indian elections.

“Everything was carefully choreographed… from PM Imran’s congratulatory tweet to the telephonic conversation with Modi,” an official said.

In fact, when both Imran and Modi were attending the Shanghai Cooperation Organisation (SCO) summit in June in Bishkek, the two countries had already agreed to a meeting between the two premiers on the sidelines.

However, to avoid creating hype, the two countries decided to portray the meeting as unplanned and informal.

Both sides did confirm that Imran and Modi shook hands and exchanged “pleasantries”.

But the two countries played down the development as an informal interaction.

However, The Express Tribune can now confirm that the meeting was more than a mere handshake.

One diplomatic source revealed that when Imran entered the hall where other SCO leaders were present, Modi stood up for the Pakistani prime minister and they had a “very constructive discussion”.

All those efforts were meant to create a favourable environment for meaningful engagement between the two countries.

The sources said both sides had agreed that no dramatic announcements would be made to keep public expectations under check.

Pakistan had even agreed to address some of India’s concerns that would have enabled the Modi government to re-engage with Islamabad.

However, Pakistan was not expecting India’s sudden move to abrogate Article 370 that gave a semi-autonomous status to Occupied Jammu and Kashmir.

Pakistan seems to have been caught by surprise given the two countries were so close to arranging a meeting between Imran and Modi that might have led to the resumption of talks.

Apparently, Islamabad had not anticipated the Modi government’s Kashmir move.

After India revoked the disputed territory’s special status on August 5, Pakistan has mounted a diplomatic offensive against New Delhi.

PM Imran, who until recently believed that Modi could be the best bet for the resolution of the Kashmir dispute, has now drawn parallels between the Indian prime minister and Adolf Hitler.

The personal attack launched by Imran against Modi reflects the former’s disappointment as he was genuinely looking forward to rapprochement with New Delhi, according to observers.