The childr­en were playin­g near a kiln when they fell into a pond filled with rainwa­ter
By APP
Published: August 18, 2019
Tweet Email 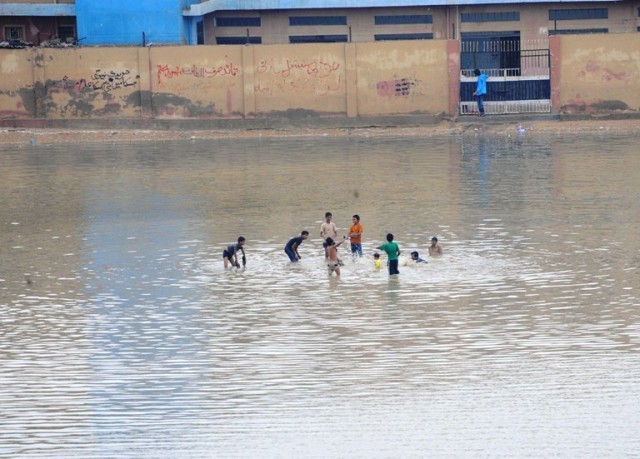 FAISALABAD: Four children drowned in a pond of rainwater in Nishatabad on Friday. According to police, the children were playing near a kiln in Chak No 100JB when they fell into a pond filled with rainwater.

On raising hue and cry, local residents rushed to rescue the children and recovered Hanzila, 7, Asad, 5, Ali, 8, and Hamza, 5, from the pond. Rescue 1122 immediately reached the site and shifted the children to Allied Hospital where the doctors pronounced them dead.

A local resident said that the children died due to negligence of the kiln owners. “Safety measures were not taken while digging the pond and the children were neglected while playing in the water.”

On receiving information, Deputy Commissioner (DC) Sardar Saifullah Dogar along, with City Police Officer (CPO) Azhar Ikram, visited the incident site and issued necessary directives for conducting inquiry and arrest of the accused at the earliest.

Homicides of husbands on the rise in Lahore