Says Sindh govt mobili­sed all its resour­ces to assist KMC, other agenci­es in provid­ing relief­
By ​ Our Correspondent
Published: August 14, 2019
Tweet Email 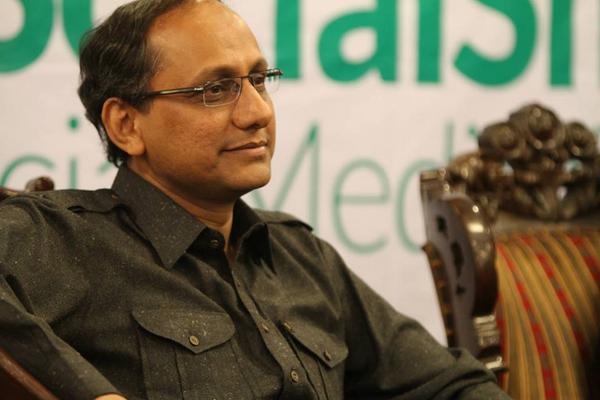 KARACHI: Sindh Minister for Information and Archives and Labour Saeed Ghani has said that precautionary measures taken before the recent spell of monsoon rain minimised the devastation caused by the downpour and eased the suffering of Karachi’s citizens.

Speaking to journalists during his visit to various parts of the port city along with Sindh Chief Minister Syed Murad Ali Shah, the minister said that prior to the expected heavy rains, all members of the Sindh cabinet had mobilised every available resource to assist the Karachi Metropolitan Corporation (KMC) and other local government agencies to ensure that the rain did not create havoc for the people of Karachi and Hyderabad. Their determination and untiring efforts paid off, he added.

The minister said that in some low-lying areas of the city, people suffered due to the accumulation of water but soon after the rainfall, the water from these areas had also been drained out too.

Ghani said that the role of Pakistan Army, Pakistan Rangers Sindh, Sindh Police and Traffic Police was also commendable. He said that all the staff of KMC, District Municipal Corporations, Sindh Solid Waste Management Board, besides Deputy Commissioners and Karachi Commissioner remained present on the roads during the rains and ensured the instant drainage of rainwater.

Addressing a press conference on Tuesday, Ghani said that rainwater had been drained out from almost all the affected areas of the metropolis by employing hundreds of water pumps. He said that Karachi scarcely experienced heavy showers of this magnitude during the monsoon season, which was why the administration faced difficulty in tackling the situation.

The minister, while commending the untiring efforts of all the institutions of the Sindh government, as well as the security apparatus, especially Pakistan Army, said that it was a combined effort that resulted in avoiding any untoward incident in the metropolis.

Ghani said that even the delayed tweet of the Prime Minister didn’t utter a single word against the administration of K-Electric.

The minister said that the National Electric Power Regulatory Authority (NEPRA) should immediately charge sheet the K-Electric for its inefficiency and incompetence.