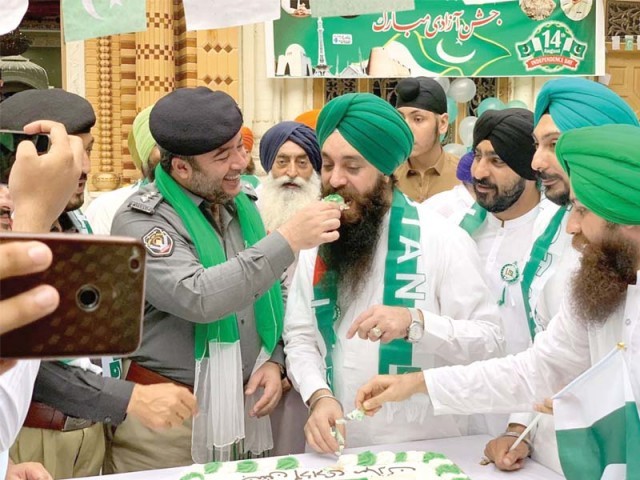 PESHAWAR: Minority communities in Khyber-Pakhtunkhwa have started planning celebrations relating to Independence Day, with one of the first events being a cake-cutting ceremony in Peshawar earlier this week in the Mohallah Jugan Shah area. Notables from the local Sikh and Hindu communities gathered in Jugan Shah, while women, children and elderly people held banners and flags as nationals songs played in the background.

While speaking at the event, Sikh community leader Dr Sahib Singh said that feelings of patriotism are running through our veins, adding that the Sikh community would stand shoulder-to-shoulder with the security forces against any foreign enemy.

Singh said special lighting was arranged in Mohallah Jugan Shah every year on national days and assured that no enemy of Pakistan will be allowed to do anything to hurt the country.

On Independence Day, the minority communities also arrange special prayers at their temples and gurdwaras, while rallies are organised by younger members of the community. Local political and Muslim religious leaders are also invited to participate in these events with us, Singh added on that day.

WATCH: Woman ‘thrashes’ salesgirl at Lahore mall over ‘not having a mirror’