The well-wisher­s that India did not lose at Balako­t are soon to be lost in Srinag­ar and Kargil­
By Farrukh Khan Pitafi
Published: August 10, 2019
Tweet Email 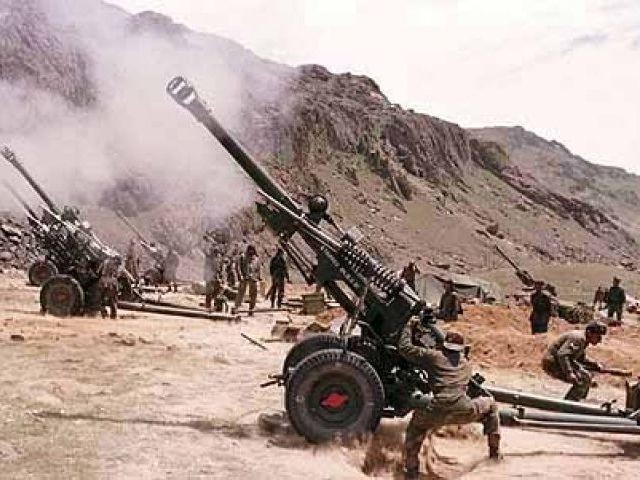 Only two weeks ago in this very space, I pointed out how the Kargil war of 1999 alienated the US and lost Pakistan some key backers in the Western world. Despite having won the US a crucial and decisive phase of the Cold War, Pakistan had lost the plot quickly and India had played its cards well. It had opened up its economy, done away with the trappings of socialism, established diplomatic relations with Israel and through the Fareed Zakaria-Samuel Huntington connection, managed to feature as good guys in the latter’s work predicting a “clash of civilisations”. Meanwhile, Pakistan had failed badly to find a resolution to the post-Soviet post-Zia Afghanistan. Its internal politics too was in a shambles. The Taliban’s romance with wanted terrorists of the world was growing. The constant Indian pitter-patter of complaints about cross-border terrorism was also having an effect. While India was moving closer to the West, Pakistan seemed to be falling apart. The nuclearisation of the Subcontinent had already raised concerns in western capitals. Along came Kargil, and India got its ‘gotcha’ moment.

Many of you will remember Ms Barkha Dutt’s iconic performance as an embedded journalist from the war front. Twenty years later, Ms Dutt has returned to Kashmir and Kargil to cover another overreach. This time that of India’s. When I was writing the above-mentioned piece, it did not occur to me even once that India would provide a trigger so soon, that I am now obliged to call the ‘reverse Kargil’. Reporting from within the New Delhi sanctioned safe zone, a one-kilometer stretch in the uptown Srinagar, Ms Dutt was painting a picture of a silent but rather peaceful Kashmir under lockdown. It might have occurred to her how this time she had ended up on the wrong side of history. What went wrong?

In a hurriedly orchestrated constitutional fraud, the Indian government introduced a so-called reorganisation bill in Parliament meant to abrogate Article 370 and Article 35A of the Indian Constitution a few days ago. As can be deduced from the above discussion, both pertain to the status and rights of India-occupied Kashmir (IoK). Clause 3 of Article 370 clearly explains that Indian president cannot abrogate or alter it without the approval of the Constituent Assembly of Kashmir. This assembly seized to exist in the 1950’s. So, they first had to change the meaning of it all. Hence, they changed Article 367 in such a way that the state’s Legislative Assembly could be considered the Constituent Assembly.

Tough luck there too — while such an assembly usually exists, right now it doesn’t. Right when the last elected government of the state evicted Modi’s BJP from the ruling alliance, the assembly was dismissed and a governor rule was imposed which later transformed into the president’s rule. So, neither does a Legislative Assembly exist nor an elected government. Governor is a representative of the federal government, not an elected official. And this governor presiding over the only Muslim-majority state was neither a Muslim nor from Kashmir — he hails from UP.

So, if the Provincial Legislature does not exist, why not usurp that right and give it to the Federal Legislature? And do you want to know the most shameful part? The Central Legislature passed the Bill (including the Upper House) where the BJP still does not have good enough numbers. Behold the collective demise of an entire nation’s conscience! But wait — had the Supreme Court of India not decreed, that what you cannot do directly, is also unacceptable indirectly? So, this travesty of law was bound to be thrown out. Re baba marna hai kia? (Do you want to get killed?) When approached, the Supreme Court decided it could not be asked. What was the hurry, even if millions of its self-proclaimed citizens were under house arrest in their own state and could perish of starvation if not state violence? It would take up the matter in its own sweet time, preferably never.

But while we look at the collapse of state institutions at the hands of a fascist party, what is the endgame here? Make no mistakes. Kashmir is India’s Lebensraum. In the past many years, I have quoted MS Golwalkar half a dozen times, in this very space. Golwalkar, the second head of the RSS, the ideological fountainhead of the ruling BJP, was explicit in his praise for Hitler’s machinations and stated without reluctance that if Indian minorities (which include not just Muslims but a sizeable number of Christians, Zoroastrians, Jews, Buddhist, and Sikhs) were to live in India, they would either have to convert to Hinduism or would be stripped of all rights ready to be expelled at whim. Not surprisingly, Nazi-like concentration camps have emerged on the border of Bangladesh, where minority citizens living in the province for generations are suddenly accused of being foreigners and incarcerated. In Kashmir, Article 35A acted as a bulwark against a demographic change because non-Kashmiris could neither buy land nor permanently settle there. Now, most radicalised Hindus will be brought there to settle and hunt down Muslims, Sikhs and Buddhists. As for Kashmiris, BJP’s MLA from UP Vikram Singh Saini gave away the plot when he stated in the presence of CM Yogi Adityanath that his party workers were “excited” that they would soon be able to marry “fair-skinned girls of Kashmir”, which translates into “keep their land and women, and kill or expel Kashmiri men.” This is Hitler on acid.

Now the West has been poisoned and blinded by some in the Indian diaspora which, despite being secular, remains in India’s thrall. Perhaps India has dirt on these people, perhaps they are brainwashed not to notice what is going on in India, or worst still, strategically planted by the Indian state. They have kept the world from the ugly reality back home. Since such demographic shifts are soon coming to towns near you, in this racially charged world, concerns are growing about the Indian influx. Breitbart is already bemoaning a bipartisan bill passed by the House of Representatives which would give 100,000 Green Cards to students of Indian origin if they secure jobs in the US, and its effect on the local workers. Remember Saini’s comment might be meant for domestic consumption but in the West, where the talk already surrounds birth rates, it evokes the memories of Respail’s “The camp of saints”. Given that a big chunk of the Indian diaspora is now an integral part of the West, it will soon tire off of mixed identities and turn its back on Modi’s disastrous India.

The response of the West is easy to understand. It has no stomach for another Hitler. Owing to such shenanigans, despite an incredible amount of lobbying, India is finding it increasingly difficult to sell its stock. And that too will fail pretty soon. All of this is transpiring when Pakistan is really putting an effort into making amends for past mistakes. The well-wishers that India did not lose at Balakot are soon to be lost in Srinagar and Kargil. Ergo, reverse Kargil.

North and South Korea — the coming back