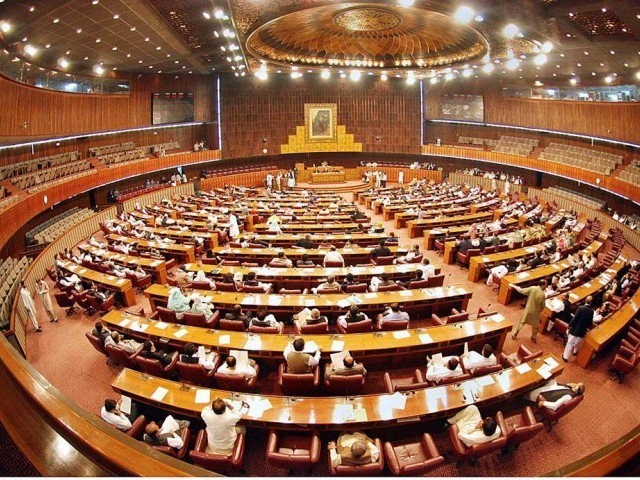 ISLAMABAD.: The National Assembly panel on Thursday directed the government to take action against wheat flour mills and sugar barons after the anti-trust watchdog suspected that 10% to 26% increase in prices of both the commodities was the result of cartelisation.

The National Assembly Standing Committee on Finance stepped in after the Economic Coordination Committee (ECC) of the Cabinet failed to take corrective measures to check “unjustified” increase in the prices of wheat flour and sugar.

The ECC that again met on Thursday took a lenient approach towards constant rise in prices of both the commodities. The report presented in the ECC on the wheat situation was contrary to what the Competition Commission of Pakistan (CCP) told the standing committee the same day.

The Pakistan Bureau of Statistics on July 25, 2019 had reported the local price of wheat and wheat flour at the level of Rs362.6 and Rs 422.2 per 10kg, respectively, showing a decrease of 0.03% for wheat and 0.69% for wheat flour, as compared to the price level during the second week of July 2019, an official handout issued by the Ministry of Finance after the ECC meeting stated.

The CCP gave a briefing on the price trend in wheat flour and sugar to the NA Standing Committee on Finance, which was chaired by former finance minister Asad Umar.

“The sugar prices have increased by 25.8% during last year — more than Rs15 per kg,” CCP chairperson Vadiyya Khalil informed the standing committee.

She said the sugar lobby had gone to the courts against the CCP’s 2009 decision established that cartelisation was rampant in the sugar industry.

“After factoring in the sales tax and the impact of paying farmers, the government fixed the price during the period of glut as submitted by the sugar mill representatives. The sudden skyrocketing of the price of sugar in the current year still appears to be an anomaly given that the supply of sugar still appears to be in excess of its demand,” stated the CCP chairperson before the standing committee.

“The sugar mills’ cartel is being represented by the ATM machines in every political party,” said PPP MNA Dr Nafisa Shah in a veiled reference towards the role of a PTI leader in the recent price hike.

“The sugar millers are also making phenomenal profits by selling electricity from their captive power plants and ethanol due to steep devaluation of the currency,” said Asad Umar, urging the government to take action against these cartels.

The Ministry of Finance should take administrative action to bring down prices of wheat flour and sugar, directed the committee chairman.

The CCP recommended the federal government to abolish the wheat and sugar support price and let the market determine the price based on supply and demand.

It said that in July 2019, Ministry of Industries and Production was asked by the CCP to carry out the cost audit of sugar sector for the crop year 2016-17. “The CCP is in the process of gathering information from sugar mills in this regard,” said the CCP chairperson.

The CCP informed the standing committee that the Pakistan Flour Mills Association (PFMA) was engaged in fixing the prices of flour and provided its members a platform to exchange commercially sensitive information and strategic data on flour prices, which was prima facie violation of Section 4 of the CCP law.

The CCP stated that the wheat flour prices increased 10% in past four months –which is contrary to the reduction in prices reported to the ECC on Thursday by the Ministry of National Food Security and Research.

“The support price mechanisms have failed all over the world, including in China, and the government should deregulate all these commodities,” said PML-N MNA Ali Pervaiz.

In a briefing to the ECC, the Ministry of National Food Security and Research stated that the wheat stocks had dipped by over 38% to 7.519 million tonnes as of August 2, 2019.

The ECC instructed the Ministry of National Food Security to regularly monitor the wheat prices and availability of wheat stocks in the country.

The ECC set up a Price Review Committee to suggest the indicative price of cotton after it did not accept the food ministry’s proposal to set Rs4,000 per 40kg cotton support price.

In order to further simplify the subsidy disbursement process, the ECC also approved a proposal for allowing SNGPL to raise verified subsidy bill/claim of preceding month by the eighth day of every month and directed the Finance Division to release the subsidy within seven days of receipt of claim from the Petroleum Division.

The ECC also approved the proposal for the export-oriented sectors to pay the invoices at ECC-approved tariff of $6.5 per MMBTU along with applicable taxes.

It further approved that waiver of interest/Late Payment Surcharge (LPS) charged by the SNGPL on the amounts over and above the tariff of $6.5 per MMBTU during the FY 2018-19, which was due to delayed subsidy release by the government.

For this fiscal year, the late payment surcharge would only be charged on the delayed payment of $6.5 per MMBTU and it would not be applicable on the subsidy amounts to be released by government to the SNGPL.

The ECC further directed the ministries of energy, finance and commerce and the FBR to convene a meeting on the subject and resolve the issue regarding clarification of nomenclature of export-oriented sectors so that benefits of concessional tariff be limited to exporters under previous notified zero-rated regime and to ensure that any exporter that was previously not beneficiary of concessional tariff would need certification of falling under the clarified regime from the FBR.