Deaths and losses in Karachi

Deaths and losses in Karachi 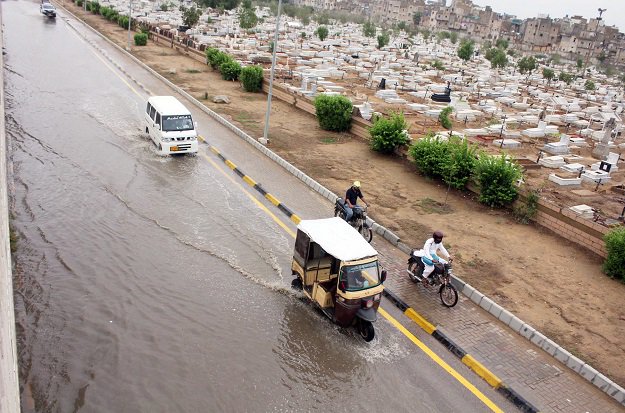 In just three days, 23 precious lives were lost in Karachi alone because of electrocution.. PHOTO: ONLINE

In just three days, 23 precious lives were lost in Karachi alone because of electrocution. All those losing lives were children and adolescents. Before looking for who is to be blamed, let’s first examine the relationship between cause and effect or between risk/hazard and vulnerability. Experts define risk as “a probability or threat of damage that is caused by internal vulnerabilities, and that may be avoidable”. And vulnerability is “the characteristics and circumstances of an individual, a community, system or asset that make it susceptible to the damaging effects of a risk/hazard”.

Consider this. Birds sit on high voltage wires and don’t die. Why? Because “they don’t become good conductors of electricity. They sit on a single wire, so the electrons in the wires have no medium to travel through the bird’s body as birds have no contact to the ground. No moving electrons means no electric current”. Hence, no danger. Moving from birds to humans. Since we walk on the ground, we provide “an excellent path to electrons to travel from high potential (the wire) to low potential (the ground)”. So, all trained professionals like electricians and birds prevent electrons to move through their bodies. Similarly, power providers are supposed to insulate electrons from humans and animals even if they touch electricity poles, wires and transformers, etc.

In Karachi, K-Electric didn’t perform professionally over a long period. It didn’t bother to check safety of electricity structures on a regular basis. Hence, it failed to replace damaged and worn-out insulators. The rain eliminated the remaining insulation. Risk turned into disaster the moment it rained. Since it is an outcome of an alleged criminal negligence, the company should compensate the heirs of the deceased persons. On the contrary, the company has attempted to hide its negligence by declaring ‘Force Majeure’ under Rule 10 of the Nepra Performance Standards (Distribution) Rules, 2005, for the period July 29, 2019 and onwards. I must emphasise that it was not the nature; it was the result of prolonged negligence.

But it is not just K-Electric, Nepra may also be made responsible for not taking timely action against K-Electric of its negligence. Consider. Nepra claims that to make power companies to distribute safe, efficient and reliable supply of electric power to consumers is its mandate. The Nepra Act 1997, 7(2)(c) empowers the regulatory body to establish performance standards and if any service provider violates any standard, it has the power to penalise the company. Did Nepra authorities conduct any safety assessment and take any action against K-Electric in the past. And have Nepra bosses learnt any lessons from the Karachi fiasco and now checking compliance of safety standards of other power providers? It appears from observations that Nepra is being negligent on this count. As the rainy season continues, people would like to see the power providers to make the electricity infrastructure safe and secure.

Furthermore, as Disaster Risk Reduction is an integral part of the National Disaster Management Policy, the National Disaster Management Authority and the Provincial Disaster Management Authority should have warned K-Electric and other power distribution companies about electrocution. Even though essential, awareness of citizens (which is being done through media) is not enough. Reading of disaster risk management related plans and policy reveals that risks and hazards stemmed from poor electricity infrastructures, for being marginalised areas of public policy. There also appears a serious policy bias in favour of natural hazards, which is fine as the country very often suffers from natural hazards, but man-made (because of poor governance and corruption) disasters can’t be thrown to the margin.

Beside deaths, Karachi and Hyderabad suffered from huge economic losses. As drainage system and nullahs choked, even the upscale areas experienced inundation for many days. The rich can recover as they have plenty of savings here and abroad, but the poorer and marginalised can’t as they have no extra resources to replenish their homes. Therefore, it is pertinent to highlight the issue of vulnerabilities of the poor and marginalised communities to hazards. Though the public policy on disaster talks a lot about vulnerable and marginalised people, in practice they are ignored in decision-making structures and processes. And hardly anything tangible has been done to reduce their vulnerabilities.

No wonder, the Supreme Court took notice of this dire situation. As reported by this newspaper on 7th August, Justice Gulzar Ahmed remarked that “while Karachi was drowning in rainwater, some people (high officials) were sitting at Café Pyala”. He severely remarked that “the government of Sindh, K-Electric and the city administration had completely failed.” He questioned the Sindh government: “Do you understand what it would mean, if the federal government intervened? You don’t know the seriousness of the matter.” Justice Gulzar also remarked, “Big mafias are working everywhere. Citizens are killed in the war of your ego and obduracy. Children are dying in the streets and no one cares about it. Parents don’t send their children to schools out of fear.”

The above discussion clearly shows that the whole governance and administrative structure collapses the moment the so-called normalcy is disturbed a little. Blame game starts. The Karachi mayor is found of accusing the provincial government of not transferring funds and powers to the Karachi Metropolitan Corporation, and the provincial government is seen cursing the federal government for “ignoring” Karachi. No wonder, why Justice Ahmed warned the Sindh government. Let me quote him again, “Do you understand what it would mean if the federal government intervened?”

Dispersion of power is considered an integral part of democratic governance because it lessens the burden of duties and responsibilities, thereby building efficacy. But to our corrupt and inept rulers, distribution of power provides allowance to pass the blame. They shamelessly try to mislead the public by accusing one another in order to hide their blunders. In fact, they make fool of themselves. Just recall what has been appearing on television channels and newspapers. They were named and shamed. But, does it make any impact on their behaviour and power? Only a little. More is less. Civil society needs to be more innovative in making them accountable in a meaningful way. Perhaps this is the only way forward to save our children from electrocution.

Finally, it is imperative to examine why children belonging to poor and lower middle-class families died. It’s simply because they lived in hazardous (low lying) areas; because electricity poles and wires are of poorer quality in their neighbourhood; because there are no proper footpaths there; and because they are less (or not at all) aware of the danger of electrocution. In short, they were surrounded by layers of hazards while carrying multiple vulnerabilities. Yet they could have been saved.