Rate my season? Verstappen says he is not a numbers man

Rate my season? Verstappen says he is not a numbers man

Versta­ppen, who has finish­ed his last 21 races in the top five and won two of the last four with a first pole positi­on
By Reuters
Published: August 5, 2019
Tweet Email 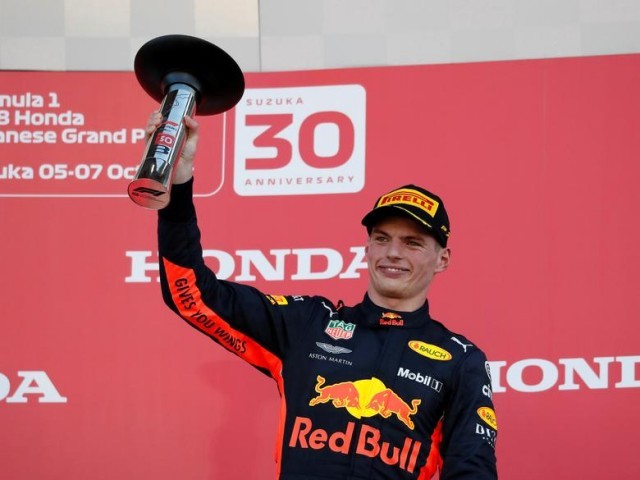 Sunday's race at the Hungaroring was the last before the August break and the top three finishers were asked to rate their first-half performance out of 10. PHOTO: REUTERS

BUDAPEST: Max Verstappen is in the form of his life but the 21-year-old Red Bull driver was reluctant to give himself a season’s rating after a Hungarian Grand Prix weekend in which he started first and finished second.

Sunday’s race at the Hungaroring was the last before the August break and the top three finishers were asked to rate their first-half performance out of 10.

Mercedes’ five-times world champion and Sunday’s race winner Lewis Hamilton, who now has a haul of eight wins in 12 races with nine rounds remaining, suggested he might give himself an 8.8 or 8.9.

Ferrari’s Sebastian Vettel, who finished more than a minute adrift of Hamilton in third place and has not won a race since last August, suggested a simple five — also his racing number — in his case.

“I think I struggled here and there to really get on top of the car,” he said.

Verstappen, who has finished his last 21 races in the top five and won two of the last four with a first pole position, held back.

“I don’t rate myself in numbers,” said the Dutchman, producing an immediate reply from an amused Vettel: “What do you do instead? Letters?” “No, I hate putting a number on it because it reminds me of school as well, which is not that long ago,” retorted Verstappen, the sport’s youngest ever driver and race winner but now a veteran of 93 races.

“I’m always quite critical and I think it always can be better. I’ll never be satisfied,” he added. “I think it’s been very positive and I’ve had good results but there are always things to work on.

Vettel refused to let go, pointing out that he and Hamilton had rated themselves.

“I cannot rate myself like that,” insisted Verstappen. “I don’t know. I find it a bit weird to say an eight or…” Hamilton, who had battled Verstappen for much of the race before reeling him in and overtaking four laps from the end, stepped in.

“It’s easier to rate yourself because you often remember how many mistakes you’ve made, when you’ve done good, when you’ve kind of been under par and he’ll know whether he’s been on par or below par,” said the Briton.

“I think today he drove exceptionally as he has particularly in the past three or four races. So if that continues, he’s going to continue to operate in the high nines towards 10s.”