In a letter, RSF urges Imran Khan to let journa­lists exerci­se their profes­sion in comple­te safety and indepe­ndence
By Our Correspondent
Published: August 1, 2019
Tweet Email 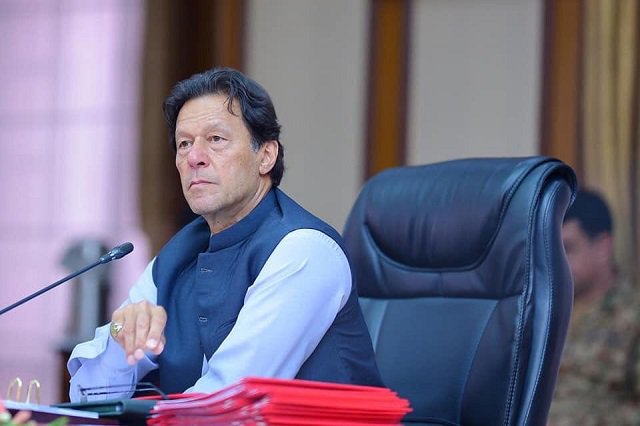 ISLAMABAD: In an open letter to Prime Minister Imran Khan, the global media watchdog Reporters Without Borders (RSF) called on him to recognise the alarming decline in the state of press freedom in the country and to take urgent measures to address the issue.

During an official visit to the United States, PM Imran said talking about curbs on press freedom in Pakistan was a ‘joke’.

Social media a popular, yet not trusted, news source: survey

RSF Secretary-General Christophe Deloire wrote in the letter, “It is clear that either you are very poorly informed, in which case you should urgently replace the people around you, or you are knowingly concealing the facts, which is very serious, given your responsibilities.”

Dear PM @ImranKhanPTI, we hope this letter will help you appreciate that to talk of “one of the freest presses in the world” is clearly tantamount to an obscenity. For #Pakistan journalists, there is nothing funny about this “joke” you talked about! https://t.co/8YLkW5P3xg

“You won the general elections a year ago by repeating the slogans “Tabdeeli!” (Change) and “Naya Pakistan!” (a “New Pakistan”) during the campaign…It is nonetheless clear that, as far as press freedom goes, the change has been for the worse. Ranked 142nd out of 180 countries in RSF’s 2019 World Press Freedom Index, your country has fallen three places in the past year.”

The RSF secretary-general said it was an ‘obscenity’ for Prime Minister Imran to say that press freedom was thriving in Pakistan.

Deloire urged the premier to “allow Pakistan’s journalists to exercise their profession in complete safety and with complete independence.

“We, therefore, urge your government to allow Pakistan’s journalists to exercise their profession in complete safety and with complete independence, as envisaged in article 19 of the 1973 Constitution.”

“The credibility of the Pakistani state and democracy is at stake,” The RSF secretary-general concluded in the letter.