The marrie­d Bollyw­ood star has been dealin­g with a flurry of gossip­
By Entertainment Desk
Published: July 31, 2019
Tweet Email 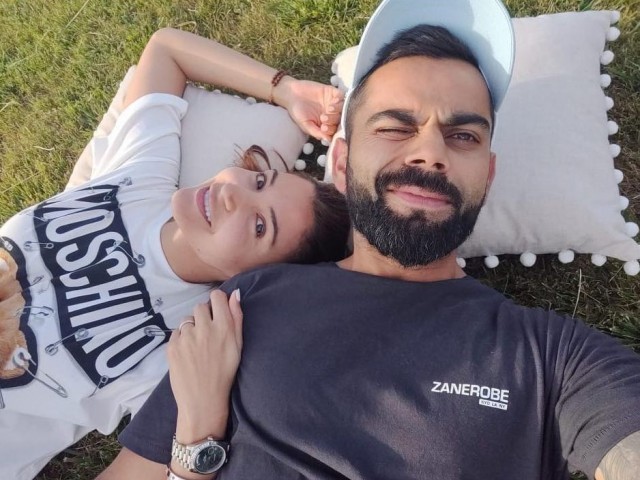 Seems like Bollywood star Anushka Sharma has had enough with the flurry of pregnancy rumours being directed at her as of late. The Sultan actor tied the knot with Indian cricket team skipper Virat Kohli in December 2017 and the couple have since been painting social media red with their love, reported Pinkvilla.

But it has been one and a half years since they got married so eyebrows about her pregnancy (or lack thereof) have been raised. Given that Anushka hasn’t signed a film recently, many of her fans are wondering if she is preparing for motherhood. Anushka has now reacted to these rumours and addressed the issue.

Anushka is the face of Filmfare’s upcoming issue. The Zero star got candid about her relationship and career. It was during the interview for the magazine that she asked everyone why they need to jump the gun and presume that she is pregnant.

“Yeah. If you’re married then people ask, ‘Is she pregnant?’ They love to read into something when there really isn’t anything. An actress gets married and the next thing they talk about it is. When she’s dating it’s like, ‘Shaadi karne wale hai ki nahi?’ It’s crude. You should allow people to live their lives. What’s the need to jump the gun?” the actor explained.

She added that it is unfair to put famous actors in the spotlight where they need to clarify such personal matters. “What irks me is the clarification part. Do I need to clarify? No! But then, that’s how it is to any actor who gets married.”

Anushka also reiterated that she will be ignoring the rumours from now on. “Someone could be wearing clothes that are loose. That’s because they’re trendy. But they’re said to be pregnant. It’s like a monkey on your back. You can’t do anything about it. You just ignore it,” she further explained.

These pictures are from our ‘baat pakki’ not engagement: Yasir Hussain