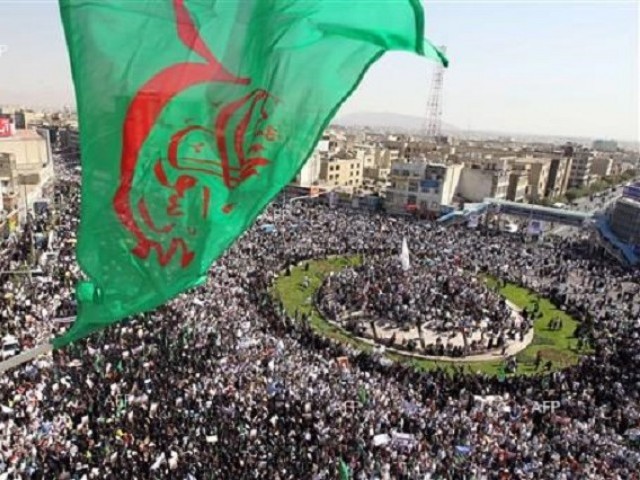 VIENNA: The remaining signatories to the Iran nuclear deal will meet in Vienna on Sunday to try again to find a way of saving the accord after the US pulled out, amid mounting tensions between Tehran and Washington.

Envoys from Britain, France, Germany, China, Russia and Iran will take part in the meeting which comes a month after a similar gathering failed to achieve a breakthrough.

Tensions between Tehran and Washington have escalated since last year when US President Donald Trump pulled out of the accord that was aimed at curbing Iran’s nuclear programme, and imposed punishing sanctions.

In retaliation, Iran said in May it would disregard certain limits the deal set on its nuclear programme and threatened to take further measures if remaining parties to the deal, especially European nations, did not help it circumvent the US sanctions.

Pressure has continued to mount in the region with a string of incidents involving tankers and drones.

The US has said it brought down one and possibly two Iranian drones last week, and blamed Tehran for a series of mysterious attacks on tanker ships in strategic Gulf waters.

Iran shot down an unmanned US aircraft in June, after which Trump announced that he had called off retaliatory air strikes at the last minute because the resulting death toll would have been too high.

Iran says US sanctions on Khamenei mean end of diplomacy

The US and Gulf powerhouse Saudi Arabia have accused Iran of being behind multiple attacks on tankers in the Gulf in June, which Iran denies.

On July 19, a British-flagged tanker was impounded by Iran’s Revolutionary Guards with its 23 crew aboard in the Strait of Hormuz.
The seizure was seen by London as a tit-for-tat move for British authorities detaining an Iranian tanker off the UK overseas territory of Gibraltar in early July.

Efforts by European powers, notably France’s President Emmanuel Macron, to salvage the nuclear deal have so far come to nothing.
The remaining signatories, however, have pledged to work towards a breakthrough at a future ministerial meeting, for which no date has yet been fixed.

Referring to the need for a “preparatory meeting before the ministerial level meeting that will be necessary”, one European diplomat told AFP it was “imperative to talk to the Iranians after the proven violations of their commitments”.

The European Union said earlier this week the extraordinary meeting would be chaired by the secretary general of the European External Action Service, Helga Schmid.

It said the talks were requested by Britain, France, Germany and Iran and would examine issues linked to the implementation of Joint Comprehensive Plan of Action (JCPOA), under which the 2015 deal is implemented.