"You don't have to beg for money in Hollyw­ood," the actor said
By Entertainment Desk
Published: July 28, 2019
Tweet Email 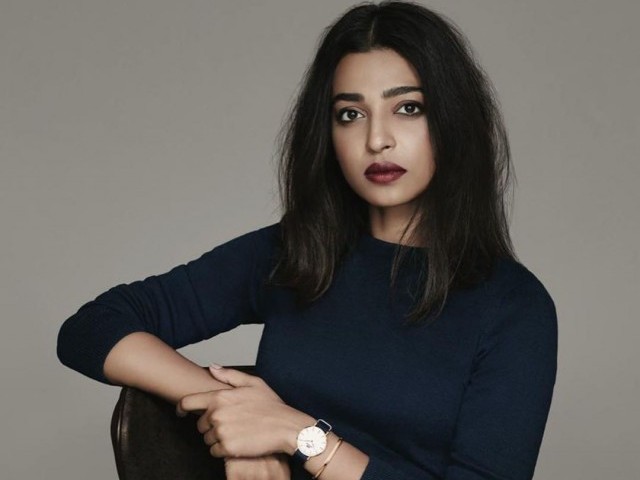 Bollywood star Radhika Apte as she is all set for her upcoming film, Liberte: A Call to Spy. Based on true incidents from World War II, the Hollywood project has the AndhaDhun star essaying the role of a British spy, Noor Inayat Khan aka Nora Baker, who was the first female wireless operator to parachute into Nazi-occupied France to help the French Resistance.

Needless to say, to portray her part, Radhika had to do big-time research and rehearsals. And she also had her two cents to share about the big differences between working in Hollywood compared to Bollywood. The actor said, “I believe that preparing for a character includes almost all aspects of acquiring knowledge — information about the subject, reading up extensively about the story in question and even related stories that influence my character, balancing out the visceral side of her, so on and so forth,” reported DNA.

Hence, the star poured over a number of classic novels and watched spy flicks to get into the skin and psyche of the character. “A lot of reading material was passed onto me by writers and producers on-board,” Radhika added.

As for the difference between the process of film-making in Bollywood and Hollywood, Radhika said it’s an extremely subjective process. “I think every director and production house has their own way of working.”

However, the actor noticed two things that set the industries apart. “People are very punctual there. And they pay you on time. You don’t have to beg them for money.”

A source also told DNA that apart from Philadelphia, where the production designers recreated England, the team also filmed in Budapest, where Radhika has visited as a tourist in the past. “She had a great time while working there as well,” the insider said.

Celebrities come out in support of Mahira Khan