Bringing down the cost of remitting to Pakistan

Bringing down the cost of remitting to Pakistan 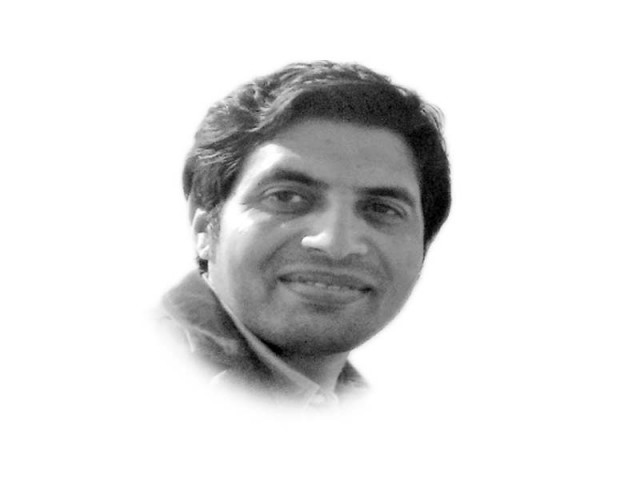 Dr Junaid Ahmed is working as Senior Research Economist at Pakistan Institute of Development Economics, Islamabad. He can be reached at junaid.ahmed@pide.org.pk

Remittances, the money that migrants send home, is a significant part of our foreign exchange reserves and play an essential role in building financial resilience for Pakistan. The $21 billion worth of remittances received in the fiscal year 2018-2019 came close to the country’s total export receipts. This contribution has helped the country big time by gaping its over half of the current account deficit.

However, it has been observed that the high transaction costs of remitting money from abroad are still acting as major obstacle to further remittance flows. Such high transfer costs are causing the senders to either refrain from sending money back home or use informal channels such as Hundi and Hawala for the purpose. Therefore, a sizable amount of remittances is transferred to Pakistan through informal channels. Principal attributes of informal channels which make them attractive to migrants include cost, convenience, speed, security, trust and familiarity. Reducing these constraints could increase the share of formal remittance receipts.

According to remittance price worldwide, the average cost of transferring remittances to Pakistan dropped from 8.2 per cent in 2011 to 5.19 per cent in 2018. The cost fell particularly sharply for remittances from the United States, and resulted from increased competition among service providers and greater use of technology, as digitalisation provided more cost-effective and time-efficient means of sending money back home. The average cost of remitting money to Pakistan rose in 2018, mainly due to increase in remittance cost from Saudi Arabia which is Pakistan’s least cost money transfer corridor.

The average cost hides considerable variation according to the place from where remittances are sent, their destination, and the channel used for the transfers. Common threads emerge when we analyse the cost of remittances to Pakistan for the top remittances corridors. On average, Money Transfer Operators (MTOs) tend to charge less for the transfer of $200 as compared to banks. Similarly, banks are somewhat less efficient in terms of delivery and coverage in both the sending and recipient countries, which adds implicit cost for the ultimate recipient. Banks remain by far the most expensive remittance service providers to send money from the UAE, with an average cost of about 9 per cent compared to 3 per cent for MTOs. MTOs dominate the UAE remittance market. Using bank account transactions with debit or credit card as payment instruments, funds are instantly delivered to the immediate recipient (typically within an hour or the same day). The cost of remittances has a strong tapering effect as the cost comes down with the increase in the size of remittances. The cost of sending $500 is significantly lower than the cost of sending $200. Bank transfers in this corridor are relatively costly and rely on transfers of larger amounts than do the MTOs. The UBL Tezraftaar Cash transfer funds on the same day with a high coverage but charge 4.68 per cent on remitting $200 to Pakistan. However, the fee becomes zero when transferring $500 or more with the extra 2.53 per cent of the cost, reflecting the exchange rate margin.

There is a small variation in the cost of sending money either for banks or MTOs for Saudi Arabia and the UK corridors. Bank transfers are somewhat less costly than MTOs but are less time-efficient and have lower coverage across the countries. Low time efficiency adds an implicit cost in the form of exchange rate volatility.

The costs of sending money from the US to Pakistan is low for sending money through companies like Western Union and Money Gram using bank account transaction. However, the transfer takes three to five days. Western Union is less expensive when using cash as a payment instrument and able to deliver money is less than one hour. Similarly, the debit card transaction is also relatively cheaper and time-efficient.

From the above discussion, we see that remittance charges decline with the amount transferred. Remitters also enjoy free remittance facility under the Pakistan Remittance Initiative (PRI) for a minimum of $500 transferred. Not all the senders can benefit from this opportunity though. A large proportion of overseas Pakistani workers, particularly those living in the Persian Gulf states, work on temporary labour contracts and frequently send small amounts to support their families. Given still high costs of remitting for transfer of small amounts ($210 or less), many among these workers send money through informal channels. These remittances can be brought into formal setup if the minimum amount required to avail the PRI free remittance facility is lowered to $210.

Another development that can bear fruit is to better focus on the provision of financial services through post offices in establishing partnerships between leading banks and the post office network. Part of the reason banks are minor partners in the remittance business is their low coverage, especially in rural areas. The extensive network of post offices can be of great help in enhancing access to financial services for rural areas. Besides, greater transparency and digital technology can be used to redirect the remittances from informal to formal channels. Banking the unbanked rural population by providing low-cost remittance services is a must if Pakistan is to achieve the target of bringing down the cost of remitting to 3 per cent by 2030.