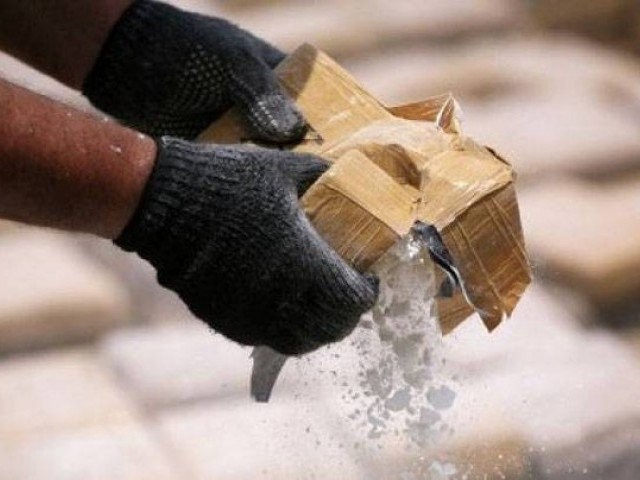 ISLAMABAD / RAWALPINDI: Capital police claim to have arrested as many as 759 suspects on charges of selling or possessing narcotics so far this year, said a police spokesperson said here on Friday.

Following directions and guidance of Islamabad IGP Muhammad Aamir Zulfiqar the department had renewed efforts to curb bootlegging and drug peddling activities in the city, said a police press release.

DIG (Operations) Waqaruddin Syed conducted special meetings with heads of police stations to brief them about accelerating efforts against such anti-social elements. Police arrested 759 suspects and recovered a total of 276.858 kilograms hashish, 29.678 kilogram heroin, 6.41 kilogram opium, 4.73 kilogram methamphetamine ice, 11 grams of cocaine, 10 tranquilising pills and 9,440 bottles of liquor from them.

Special efforts were made against those involved in supplying drugs at educational institutions and 47 suspects were arrested. The DIG has urged all police officials to adopt an efficient attitude for success in policing affairs and said sluggish attitude towards resolving public affairs would not be tolerated.

He said that utmost efforts should be made to curb the menace of drugs, putting at risk the future of younger generations.

An Anti-Terrorism Court (ATC) on Friday sent two suspects to jail on judicial remand on charges of allegedly killing tons of fishes in Rawal Lake through chemical poisoning.

The two suspects including Umain Ahmed and Zaryab were produced before the ATC Judge Jawad Abbas by the police. During the hearing, the prosecutor requested the court to grant physical remand of the both suspects for investigation related to the incident.

US to resume federal executions after 16-year break

However, the court rejected the request of the prosecution and sent the suspects to jail on judicial remand. The judge also directed the police to submit the case challan within three days.

It may be mentioned here that the Secretariat Police Station had registered a first information report (FIR) on application of contractor against unidentified suspects for killing of a large number of fish through poisoning the water of Rawal Lake.

Rawalpindi police on Friday said it has arrested 19 suspects including three alleged robbers besides recovering 2kg hashish, 45 liters liquor, four pistols of 30 bore, an 8mm rifle and other contraband items from them during the past 24 hours.

According to daily-report of the police, City police arrested Adnan for possessing 110 grams of hashish, Muhammad Ali was caught with 120 grammes of hashish.

Other suspects were locked up for illegal arms and liquor possession. Meanwhile, Pirwadhai police acting on a tip-off conducted a raid in the Muslim Park area in its jurisdiction and arrested three suspected dacoits namely Rauf, Sadiq and Muhammad Sheraz and recovered a 30 bore pistol with six bullets.