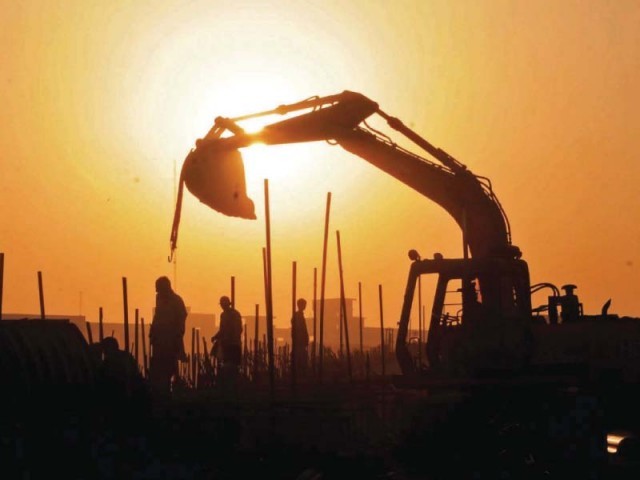 The project would be developed in different phases. The first phase would be completed in 18 months and the developer would be responsible to sell at least 50% of land. PHOTO: FILE

KARACHI: The Sindh government is all set to invite developers to participate in competitive bidding for the Dhabeji Special Economic Zone (SEZ).

“Sindh government has completed all the homework for inviting private investors to work on one of the three SEZs of the country, which will be operational in the near future,” said Sindh Economic Zones Management Company (SEZMC) CEO Abdul Azeem Uqaili.

In 2012, the federal government passed the Special Economic Zones Act according to which nine SEZs had to be built across Pakistan.

The government had incentivised these SEZs by giving income tax holidays for 10 years to the companies which set up units in the area. Moreover, it had also allowed duty-free import of machinery for installation in plants of the companies established in the SEZs.

However, the goal could not be achieved by 2017. Therefore, in 2018, the Joint Coordination Committee (JCC) of China-Pakistan Economic Corridor (CPEC) decided to work initially on three SEZs instead of starting work on all nine zones.

The three SEZs, which were decided to be developed initially in the 7th JCC meeting, were Rashakai SEZ in Khyber-Pakhtunkhwa, Dhabeji SEZ in Sindh and Allama Iqbal Industrial City in Faisalabad.

“Dhabeji SEZ covers an area of 15,000 acres with easy access to Port Qasim, facilitating import of raw material and export of finished goods without raising cost of inland transportation and also saving time,” said the CEO.

“It also has easy access to Karachi airport, which is at a distance of 35 km via National Highway, enabling safe travel for foreign workers and the management.”

In addition to this, the SEZ also has direct access to the National Highway, which enables transportation of goods upcountry and to Central Asian nations through the national trade corridor, he added.

He said the Sindh Investment Department would release a request for proposal (RFP) in August and the project would be completed under the public-private partnership (PPP) model.

He highlighted that the government would provide land and the private partner would act as a realtor, who would develop the SEZ like a residential society and sell plots to companies.

“However this time, the government has imposed a condition that only that party, which is capable of populating the SEZ, will be given the contract,” he said. “This means it will be the responsibility of the developer to attract investors, especially from China.”

He revealed that the project would be developed in different phases and the first phase would be completed in 18 months and the developer would be responsible to sell at least 50% of land.

“We are focusing more on China because it is replacing labour-intensive industries with sophisticated and technological businesses,” he said.

The CEO pointed out that labour was becoming quite expensive in China and electricity cost had also hiked, therefore, businessmen were relocating to Vietnam, Bangladesh and Sri Lanka.

He was of the view that logistically, Pakistan was a perfect location for them and expressed confidence that they would definitely relocate to Pakistan.

“Oil, which China imports through the sea route, takes 40 days to reach the country, which it can import in 8-10 days through road and pipeline networks via Pakistan,” he noted.

The government would charge for the transportation of oil at a relatively cheaper rate and proceeds would go to the SEZ for subsidising land prices in a bid to keep it within the reach of local investors, said the CEO.

“Pakistan needs such projects because these will help create jobs, which will eventually alleviate poverty and steer social development in the country,” said Uqaili.