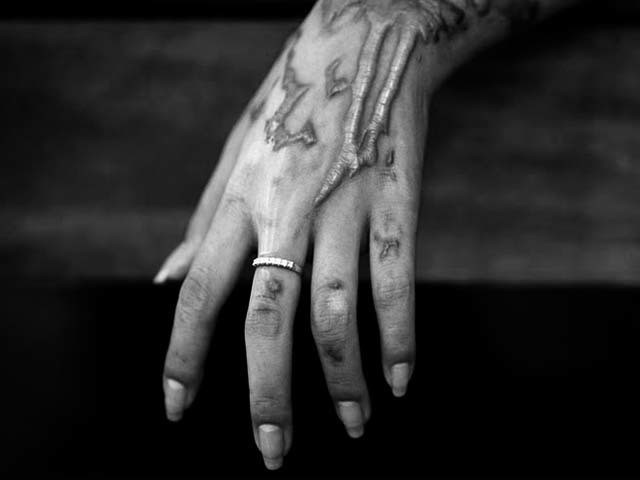 CHISHTIAN: In a tragic incident, a man threw acid on his wife, mother-in-law and two children on Friday in Chishtian. As a result, all victims suffered burn injuries and were shifted to a hospital in critical condition.

Police said the man committed the act over a domestic dispute in Qadirabad Basti in Chishtian. The injured were shifted to Multan Nishtar Hospital after receiving first aid treatment. The accused Abbas allegedly threw acid on four people when they were asleep and ran away from the crime scene. A police official told The Express Tribune that Salma Bibi, wife of the accused, contracted a third marriage with him. Later on, both used to fight over domestic issues due to which Abbas often left his house.

“The husband would leave after fighting and differences between them started to intensify.” Two children were also injured in the acid attack. “Their conditions are reported to be out of danger at the hospital.”

After collecting evidences from the victims and relatives, proceeding against the accused has commenced. The accused is being searched in police raids after which he will be arrested and shifted to jail.