Orders author­ities to presen­t Anver Majid on next hearin­g of his bail applic­ation
By ​ Our Correspondent
Published: July 23, 2019
Tweet Email 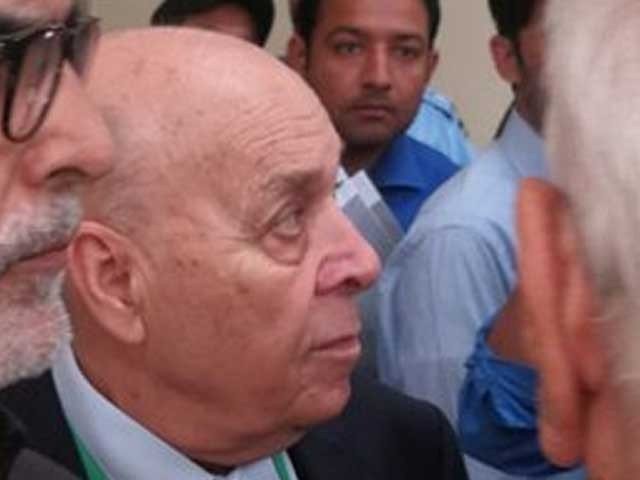 ISLAMABAD: A division bench of the Islamabad High Court (IHC) on Tuesday expressed anger over not presenting Anver Majid, one of the key accused in the multibillion rupees money laundering case, as it ordered authorities to present Majid along with his medical reports on next hearing of the case.

“If the reference and everything is here then what the accused is doing in Karachi? Under whose custody he is right now?” the acting CJ asked. The representative of Karachi’s Malir Jail informed the court that Majid, one of the owners of Omni Groups, was in their custody.
Justice Farooq said Islamabad is not in a desert sans hospitals. “They [accused] stay [in a jail] where they get facilities,” he said, adding that the accountability court hearing the money laundering case had also issued notice to Majid but the accused was not presented in the court even then.

The judge later ordered authorities to present the accused in court along with his medical reports. “The weather of Islamabad is better than Karachi. We will issue contempt notice to authorities if the order is not complied with,” he said.

The same bench also suspended till its next hearing arrest warrant issued for another accused in the money laundering case, Shahzad Ali. Ali had filed a petition against NAB’s arrest warrant.

During the hearing, NAB investigation officer requested the court to remand the accused in its custody for 10 days. The court, however, asked NAB to first issue a call-up notice to the accused.

Counsel for the accused Latif Khosa said a call-up notice had not been issued to Ali but NAB had issued his arrest warrant. The court inquired of the prosecutor why the call-up notice was not issued.
The chief justice noted that NAB just wanted to put people behind bars. He said arrest could only be made if the accused did not cooperate in investigation. The court later postponed hearing for 10 days.