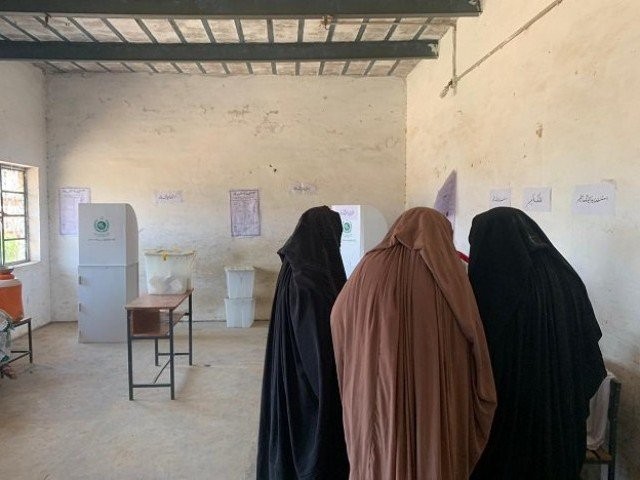 PESHAWAR: Some independent candidates who had lost and an opposition party have complained that the government has allegedly rigged elections in the erstwhile federally administered tribal areas (Fata).

In a news conference on Monday, Jamiat Ulema-e-Islam Fazl (JUI-F) Maulana Mir Zajan Wazir, Maulana Saleh Wazir, Maulana Abdul Malik Wazir, Maulana Rafiuddin Wazir and Maulana Abdur Rehman Wazir claimed that this was another ‘selection’ not an election. They accused that when it came time to count the votes, their polling agents were allegedly pushed out of the polling stations and rigging was done.

They asked why were the elections held if the winning candidates were already decided.

Similarly, five unsuccessful independents from PK-109 Kurram-II staged a protest outside the Parachinar Press Club. They alleged that the Pakistan Tehreek-e-Insaf (PTI) led government had resorted to cunning techniques to ensure victory for their candidate.

‘Rigging’ also echoed in South Waziristan where independent candidate Mohammad Arif Wazir from PK-114 demanded a recount in at least three polling stations where 90 per cent of votes were cast while the overall turnout in the constituency was 22.65 per cent, there which was impossible.

Addressing a news conference at the CM House in Peshawar, Mahmood said that the elections had proved that people of the newly-merged tribal districts fully support the merger process and that they are a peaceful and democratic people.

Noting that with the elections, the merger process was now complete, the next important phase was local government elections which will devolve powers to the grass-root level.