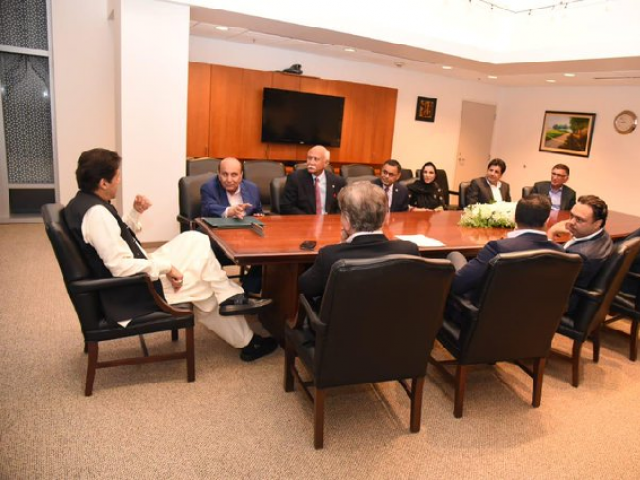 Imran Khan with the US businessmen. PHOTO: Radio Pak

WASHINGTON: Prime Minister Imran Khan met businessmen at the Embassy of Pakistan in Washington DC on Sunday and invited them to invest in the country and avail the economic opportunities it offered.

The investors expressed their desire to enhance their investment in the IT and technology sector of Pakistan.

The prime minister also met Shahal Khan, one of the leading American investors with a Pakistani background. He called on the prime minister along with Ambassador Munir Akram. They discussed trade and investment avenues in Pakistan. 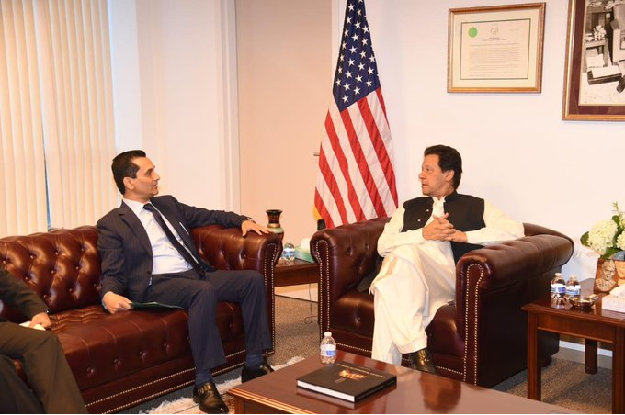 A group of investors comprising Nasir Javed, Ashraf Kazi and Shaukat Dhanani called on the prime minister and briefed him about their interest in investing in the fields of academia, manufacturing and the steel Industry in Pakistan. They appreciated the prime minister’s vision for the socio-economic development of the country.

According to the Pakistani government’s official Twitter account, Prime Minister Imran invited the businessmen and investors to benefit from the economic and business opportunities afforded by Pakistan’s strategic location and the connectivity to the broader region.

He highlighted the policy framework and the conducive environment for the promotion of foreign investment, the efforts being undertaken for improving the ease of doing business, and the promotion of the industrial sector and socio-economic development of the country.

The investors appreciated the improved security environment in Pakistan and identified areas of interest with regard to investment in key sectors including energy and tourism.

A group of investors from the fields of food and health including Aslam Khan, Dr Basit Javed, Dr Abid Sheikh and Dr Mobashir Chaudhary also met the prime minister.

The investors expressed their interest in the food sector and improvement of health facilities in Pakistan. They shared ideas on the upgrading medical facilities in the country, especially expanding medical coverage in rural areas and focusing on specialised fields.