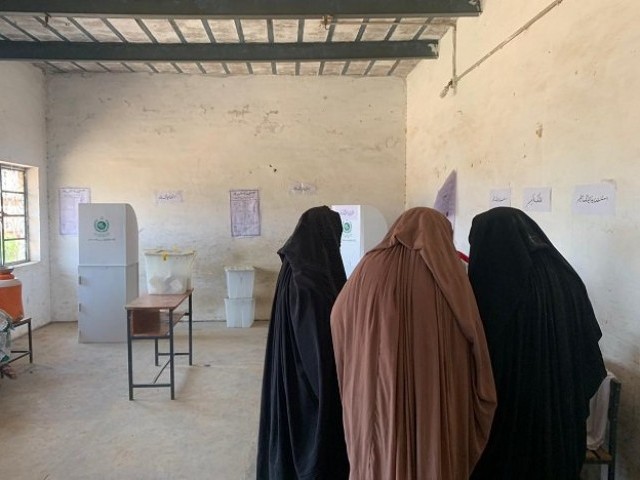 Districts of erstwhile Fata, now called tribal districts, were merged with Khyber-Pakhtunkhwa (K-P) last year after passage of 25th Constitutional Amendment. Sixteen provincial assembly seats were carved out of the area where election was held on Saturday amid heightened security.

According to unofficial results pouring in from the tribal districts, the independent candidates were close to winning seven seats followed by the Pakistan Tehreek-e-Insaf (PTI) whose four candidates were ahead of their contenders.

The Jamiat Ulema-e Islam-Fazl (JUI-F) and the Jamaat-e-Islami (JI) seemed likely to win 2 seats each while the Awami National Party (ANP) secured the highest number of votes only at one constituency.

JI’s Haroon Rashid secured 7,005 votes at PK-101 Bajaur-2 while his nearest contender, Ajmal Khan of the PTI, received 5,734 votes, according to the results coming from 60 polling stations.

Sirajuddin Khan, also belonging to the JI, managed to secure the highest number of votes at PK-102- Bajaur-3. He got 11,101 votes while an independent candidate, Khalid Khan, got 6,931 votes, as per partial results.

At PK-104 Mohamand-2, Abbasur Rehman, an independent candidate, bagged the most votes, 4,958 votes against PTI’s Sajjad Khan who received 3,432 votes, according to the results pouring in from 24 out of 108 polling stations.

Alhaj Shafiq Sher Afridi, an independent candidate, was ahead of the rest at PK-105 Khyber-1 seat by receiving 18,100 votes, according to the results coming from 93 out of 110 polling stations.

Results received from 47 out of 89 polling stations at PK-106 Khyber-2 showed lead of an independent candidate Bilal Afridi who secured 8,745 as compared to the PTI’s Amir Afridi who bagged 4,514 votes.

PK-107 Khyber -3 seat is apparently grabbed by Muhammad Shafiq, also an independent candidate, who secured 10,139 votes at 100 out of 146 polling stations in the constituency.

At PK-108 Kurram-1, Riaz Khan of the JUI-F was ahead of the rest by securing 2,291 votes. However, results from over 100 polling stations of the constituency were still awaited till filing of the report.

PTI’s Muhammad Iqbal Wazir seemed to be winning at polls for PK-111 North Waziristan-1 seat by bagging 2,870 votes at 12 out of its 76 polling stations. JUI-F’s Sami Uddin was trailing behind him with 1,386 votes.

PK-114-South Waziristan-2 seat, PTI’s Nasir Ullah Wazir was leading with 6,278 votes. Results from 42 polling stations were yet to be received.

At PK-115 Frontier Regions Area, JUI-F’s Haji Shoaib Khan emerged as the possible victor as he bagged 5,408 votes, according to unconfirmed and unofficial result received from 38 polling stations.

Election in the merged districts concluded more or less peacefully amid high security ensured by Pakistan Army, police, Levies Force and Khasadar. Security forces were stationed in and outside highly sensitive polling stations, while paramilitary personnel were stationed for observations and body searching.  Female security personnel were also deployed at women polling stations.

The Election Commission of Pakistan (ECP) had installed security cameras at most polling stations.

The polling process in the tribal district started at around 8 am, and continued till 5pm mostly without any interruption. A few scuffles among supporters of various political parties, independent candidates and polling agents were reported in some constituencies in Khyber, Mohmand, and North and South Waziristan tribal districts. Voting process was also halted in these constituencies during the scuffles.

This was the first provincial assembly election in the tribal districts, which witnessed an unusual enthusiasm among people – young, old, women and disabled – who were seen in queues outside the polling stations long before polling started at 8am.

Under the ECP rules, the independent candidates are bound to join a political party within three days after notification of their victory; otherwise they are considered independent MPAs and notified as such. The winning candidates will have to declare their assets to the ECP.

A total of 21 seats – sixteen general seats, four women (reserved seats) and a minority seat – from the merged tribal districts will be added to the existing body of lawmakers at the K-P Assembly.

These newly-elected tribal lawmakers would take part in the legislations for the districts as well as the K-P’s settled districts, but would not be able to take part in any move to remove the K-P chief minister.