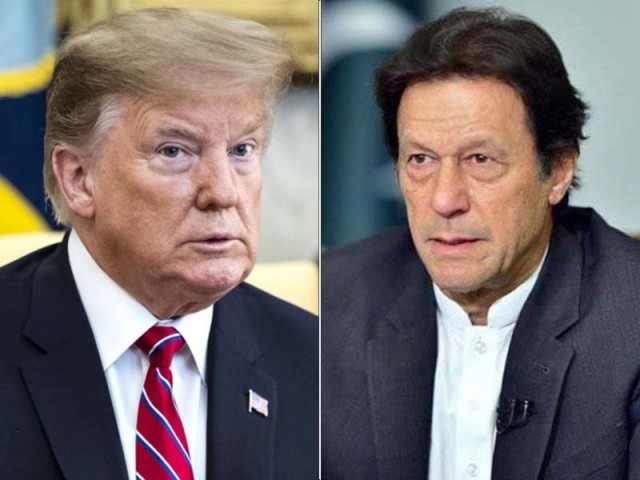 KARACHI: Prime Minister Imran Khan left for his maiden visit to the United States on Saturday hoping to quench heightened diplomatic tensions between the two allies, mainly on Afghanistan.

In a first, the country’s top military leadership, including army chief General Qamar Javed Bajwa is also accompanying Khan to hold talks with the Trump administration on a variety of issues ranging from terrorism to Afghanistan.

During his three-day visit, Khan will have a face-to-face meeting with US President Donald Trump at the White House on Monday.

“He [Khan] is visiting the US in a different atmosphere. Things are not as bad as they were for his predecessors during the last one decade,” Tauseef Ahmad Khan, a Karachi-based political analyst, told Anadolu Agency.

Citing the ongoing crackdown against militant groups, he opined that the country’s civilian and military leadership had finally decided to discard support to militancy, which was not the case previously.

“For the first time, the country’s military and civilian leadership are on the same page with regard to action against militant groups regardless of the fact they are good or bad [for the state]. And Washington has noticed that.”

This, he added, would “certainly” help Khan while presenting his country’s case during talks on terrorism with the Trump administration.

Zafar Nawaz Jaspal, a professor of International Relations at Quaid-e-Azam University in Islamabad, said that the focus of the talks would be mainly on Afghanistan, anti-militancy cooperation, and economic and trade relations. Kashmir and relations with India will also dominate the agenda.

He too thinks that things will be “a bit different” this time “because the civilian and the military leadership are on the same page”.

“I believe that this visit will reduce mistrust between the two sides caused by a series of events, mainly the difference of interests in Afghanistan,” Jaspal told Anadolu Agency.

“Islamabad has two major things to sell; end of war in the region and cooperation against militancy,” he said, referring to Pakistan’s crucial role in arranging direct talks between the US and the Taliban — aimed at ending an over 17-year long conflict in Afghanistan.

“Pakistan has better chances to once again exploit its strategic position and influence with regard to resolution of the Afghan conflict,” he went on to say.

Retired Lt General Talat Masood, an Islamabad-based security analyst, however reckons that the Trump administration would continue to pressure Pakistan to safeguard the former’s interests in the region, mainly in Afghanistan.

“I have the feeling that Washington would ask Islamabad to do more with regard to ongoing reconciliation process in Afghanistan despite the fact Pakistan has already brought Taliban to the table,” Masood told Anadolu Agency.

“The US is not getting the desired results from Taliban so far, especially their refusal to a national government in Afghanistan. Therefore, it would want Pakistan to further exploit its so-called influence on Taliban in this regard,” he said.

Besides, he added, the multi-billion dollar China Pakistan Economic Corridor (CPEC) would certainly come under discussion during the visit.