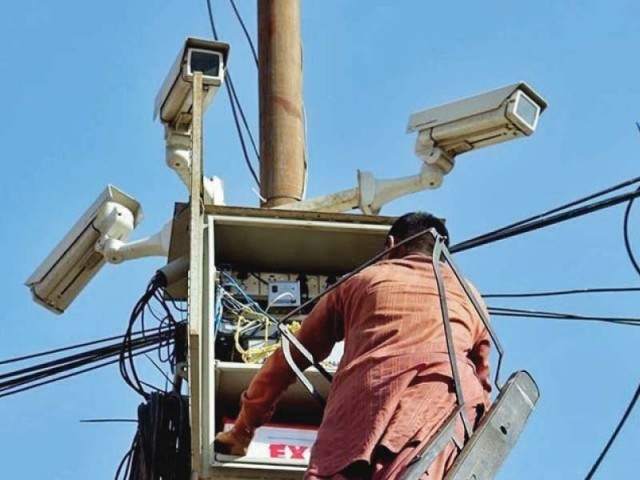 Police sources said at least 850 out of 1,896 cameras of the Safe City Project have gone out of order. A report published in December stated that 300 cameras were dysfunctional.

They said over a period of almost seven months another 550 security cameras have gone out of order for want of repair and maintenance. As such almost 30% of the security cameras installed in the capital for modern policing were dysfunctional.

Delay in repair and maintenance has been cited as main cause of security cameras going out of order.

Police sources said these cameras were installed across the city for the Safe City Project three years ago. According to the project, the invisible security monitoring system in Islamabad would be effective and the old system of police pickets and barricades will be abolished like other modern capitals.

According to police, Safe City cameras have helped in investigation of at least 1,000 cases so far. However, the system instead of improving is degenerating and could go completely dysfunctional in a few years, sources said.

Instead of smart surveillance from police control room, barricades have been increased by four times.

These barricades and the regular stops for searches and frisking have become trademark of the capital city in the eyes of tourists. Instead of phasing out pickets with the advent of modern technology, police have put up these in streets and markets, whereas earlier, checkpoints used to be set up only at the exit and entry points of the city.

The federal government with launch of Safe City Project had deployed mobile forces like Eagle Squad, Charlie Squad and Rescue 15. The interior ministry had provided dozens of expensive double cabin SUVs to Islamabad police for swift response on direction of control room.

They reminded that matter of ownership was also an important issue in the Safe City Project launched by the previous government. In December, Operations Senior Superintendent of Police (SSP) Waqaruddin had reportedly said that the Safe City Project was being headed by an official of the National Database Regulatory Authority (Nadra).

Repeated attempts were made, but Islamabad IGP spokesman SP Ghyas Gul was not available for comment.