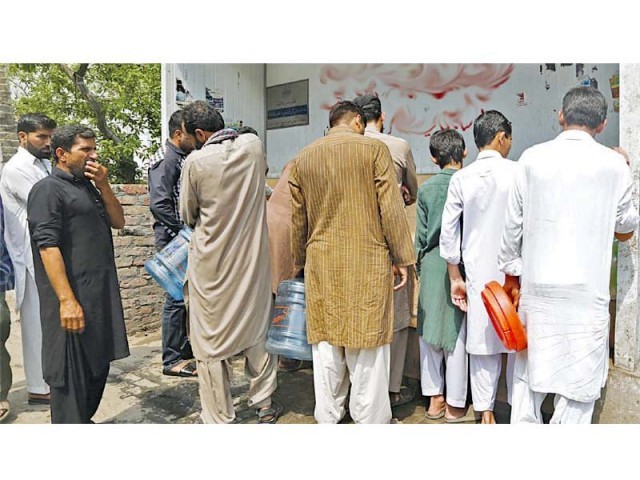 RAWALPINDI: Thirty seven new tube wells of Water and Sanitation Agency (WASA) will begin supplying water from August 14. The water will be supplied from these wells to affected places. The WASA managing director has directed to expedite the process of installing the tube wells; these are going to be installed from the funds of Pakistan Tehreek-e-Insaaf (PTI) MPAs, Fayyaz Chohan, Chaudhry Mohammad Adnan, Ijaz Jazi, and Raja Rashid Hafeez.

Water supply: 105 new tubewells to be installed in Lahore

Presently water bills sent to hydrants continue to go neglected. Up to 60 per cent of hydrants are not paying bills at all. RDA Chairman Arif Abbasi confirmed that and said the decisions will be approved in the special meeting next week, the loss faced by WASA and RDA will be reduced and people will not be affected. He added that we wanted to equal the commercial water rate of WASA with the Capital Development Authority (CDA) and cantonment board.

The federal capital is expected to receive rainfall at scattered places with light thundershowers along with Rawalpindi, Lahore, Bahawalpur and Kashmir division during next 24 hours. A westerly wave is present over Malakand, Hazara, Mardan, Peshawar, Kohat, Bannu, Rawalpindi, Sargodha, Faislabad, Sahiwal, Multan, D.G khan, D.I khan, Zhob, Kalat, Sukkur divisions which would cause light thundershower at isolated places in  these areas on Friday night, an official said while speaking to the media.

Due to pre-monsoon season, isolated heavy falls are also expected in Lahore and Gujranwala divisions while hot and humid weather is expected elsewhere in the country. Same pattern of rain will follow on the weekend as windstorms are expected on Saturday in scattered places in Malakand, Hazara, Kohat, Bannu, Rawalpindi, Gujranwala, Sargodha, Faisalabad, Lahore, Multan, D.G khan Sahiwal and Islamabad divisions while hot and humid weather will be witnessed elsewhere in the country.