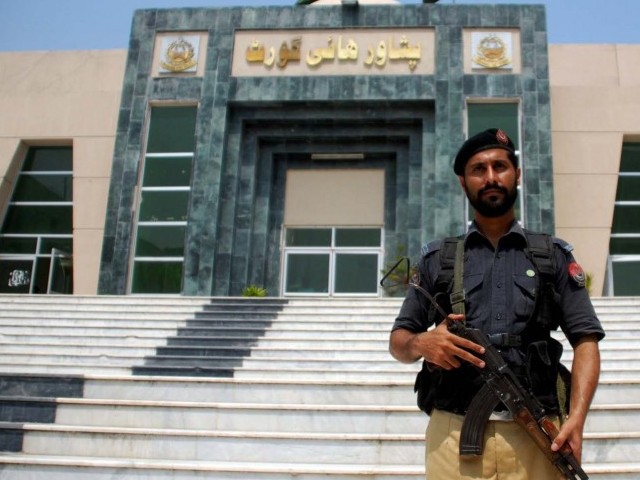 PESHAWAR: A day after entrance tests for medical colleges in the province were announced, a high court on Wednesday suspended the admissions process in medical institutions and has summoned officials of the apex medical education regulatory body and provincial government officials to explain amendments in the admissions process.

This was directed on Wed­nes­day by a two-member bench of the Peshawar High Court (PHC), comprising Justice Musarrat Hilali and Justice Ishtiaq Ibrahim, as they heard a writ petition filed by student Hamail Khattak.

Hamail, who had filed through his lawyer Wasimuddin Khattak, contended that he had secured 1,002 marks out of a maximum of 1,100 marks in Federal Science (FSc) examinations. However, through a notification, the apex regulator of medical education in the country, the Pakistan Medical and Dental Council (PMDC) had abolished the condition of domicile of the province for private colleges.

Moreover, he contended that students have been limited to choose up to three medical colleges for admission and that merit will be calculated at the national level.

Hamail argued that students of Khyber-Pakh­tunkhwa (K-P) have suffered from militancy, and if the condition of domicile is abolished it will open the door for students from provinces to take up seats in K-P. As a result, students from KP will struggle.

Hence, Wasimuddin argued that his client desires that a similar course outline for medical education should be followed throughout the country.

He further told the court that owing to the 18th constitutional amendment, the authority for policy formation for medical and engineering colleges has been devolved to the provinces.

Hearing this, Justice Hilali expressed her astonishment that students have secured good marks in the annual exams but have failed in entry tests.

In a separate case pertaining to hike in prices of bread, the deputy commissioner of Peshawar has been directed to appear before the court at the next hearing with a complete record.

This was directed by a two-member bench of the PHC, comprising Justice Hilali and Justice Ibrahim, as they heard a writ petition filed by Afaq Hussain on the recent hike in bread price across the province from Rs10 to Rs15.

In his petition, Hussain urged the court to revoke the notification for a hike in bread prices by the DC and to summon the official for an explanation.

Muhammad Khursheed, who is representing Hussain, told the court the district administration had directed to increase prices of bread without taking the price review committee and elected representatives of the province into confidence.

Rather, he contended the decision was taken overnight in a meeting with bread makers.

The lawyer noted that apart from the 50% increase in bread prices, the ill-planned policies of the federal and provincial governments have resulted in a hike in prices of daily use items. Even a shutter down strike by traders had failed to move the government, he added.

He urged the court to revoke the notification.

Justice Hilali in her remarks noted that they need to check the record of the district administration first, later they can give a decision.

She warned the DC that if the officer fails to present the record to the bench, they could fix the price of bread at Rs5.

Later, the bench has adjourned the case until July 24.