Plasti­c wrappi­ng rate goes down to Rs50 for all sizes of bags
By Usman Hanif
Published: July 18, 2019
Tweet Email 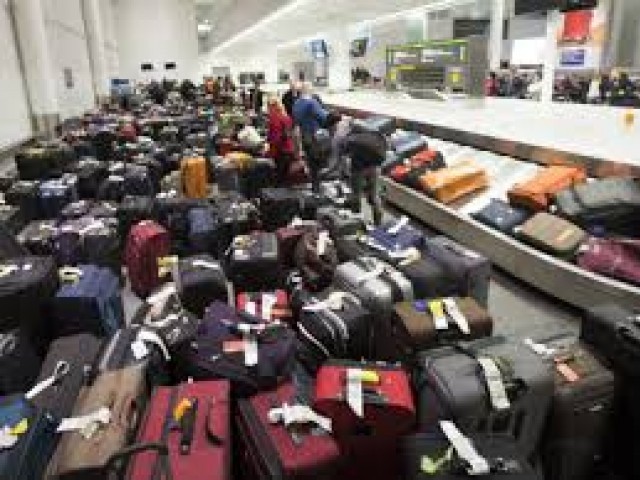 KARACHI: In order to increase compliance with the International Civil Aviation Organisation (ICAO), the Pakistan Civil Aviation Authority (PCAA) has slashed luggage wrapping rates by up to 87%.

According to the ICAO, the safety of passengers and their baggage are two important elements in the ranking of an airport or the aviation industry.

Last month, the PCAA had made plastic wrapping, an extra layer of protection over the baggage, mandatory for passenger luggage as it prevents damage when handlers have to swiftly move bags on and off planes.

Passengers irked as luggage belts break down at Islamabad airport

“PCAA has reduced plastic wrapping rates for all sizes of passenger bags from 75% to 87% with immediate effect,” said the CAA public relations officer while talking to The Express Tribune.

After the installation of various machines, the new challenge was high prices of wrapping, which caused passengers to avoid it.

The prevalent per bag plastic wrapping rate of Rs400 for large-sized bags and Rs200 for small-sized bags has been slashed to a uniform rate of Rs50 for all sizes of bags, he said.

The revised rate will be applicable phase-wise to both domestic and international passengers at all airports while at the Islamabad International Airport the new rate has been applied with immediate effect.

22 passengers get off Chitral-bound PIA flight over ‘luggage issues’

The new aviation policy envisages maximum passenger security and facilitation. These are the two points on which rating of the aviation industry grows, airlines are attracted and eventually air traffic in the country grows.

Various airlines can choose Pakistan as their transit destination after the country’s airports provide adequate security and services and through this, the aviation sector can increase its revenue and contribution to economic development of the country.

At the Islamabad airport, the PCAA has its own setup of wrapping the baggage while the aviation authority is outsourcing the facility at other airports to increase efficiency. However, the prices will remain the same.