This might very well be the end of the Sharif­s if this crimin­al empire is set to rest
By Imran Jan
Published: July 18, 2019
Tweet Email 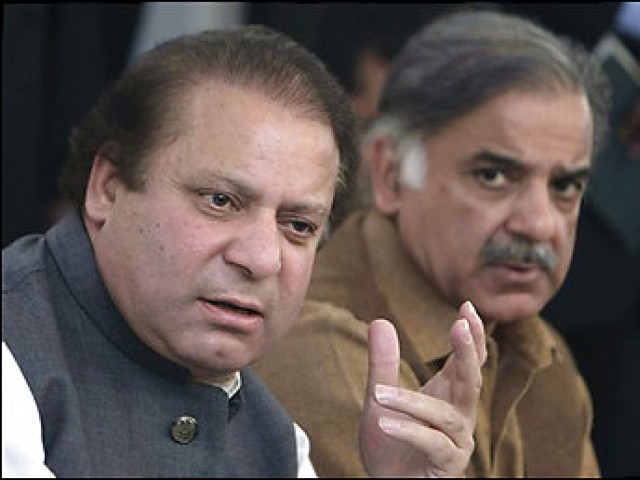 There is a curious connection between the Sharif family and a Netflix show called The Last Czars. The show is made by the West depicting the Russian society in English language before the 1917 revolution in Russia. I watched the show and as any movie or media generally is meant to do: it had an intoxicating effect on me and I felt genuinely sad for the imperial family and loathed the crazy Soviets and the revolutionaries who brought down the Czars ruling over Russia. Then the show ended and the feeling of guilt remained with me for having sympathy for the revolutionaries before I had watched the show. My sympathies were shifted to the Russian Czars.

Then came the Daily Mail report by David Rose titled “Did the family of Pakistani politician who has become the poster boy for British overseas aid STEAL funds meant for earthquake victims?” I felt deep anger for the Sharif family and deep grief for the poor in Pakistan who can’t even afford a decent living for their children; a decent living where there is shelter, food, and school. And then I realised that is how the Russian masses must have felt when they were dying by the hundreds of thousands in the war and because of poverty, while the Czars were living luxuriously in palaces.

The investigative work by Rose claims how the Sharif family stole the money meant to help the 2005 earthquake victims of Pakistan. They, according to the report, even siphoned off the UK aid money meant to help the poor women in Pakistan. The report came the day England claimed the Cricket World Cup for the first time. While the Brits are rejoicing, it is high time they end this senseless pouring of their taxpayers’ money into the coffers of corrupt officials. These Pakistani corruption czars cannot sustain for long.

For the Sharifs, just like the Russian Czars, it had always been about their own family and personal wealth. The report says that not just Nawaz and Shehbaz, the entire extended family including sons-in-law and daughters-in-law were busy taking stolen cash to their ever bulging accounts. The declared worth of the Sharif family in 2003 was £150,000 but by 2018 it grew to £200 million, according to a confidential investigation report as quoted in Rose’s article. Using a money changing firm in Birmingham, the money laundering channels including ‘cash-boys’ is a work of art in itself that speaks volumes of the relentless and aggressive efforts of this mafia family to allow their stealing machinery to work unabatedly.

This might very well be the end of the Sharifs if this criminal empire is set to rest. This might very well be a revolution in Pakistan, depending on who you ask. Of Course, the Sharif family, and their new allies, led by Bilawal now, would deny the report and spin narratives about it being a ‘witch-hunt’. This is Trump’s favourite word for the Russian collusion investigation led by Robert Mueller. The English dictionaries should update the meaning of this word to mean as a favourite term used by crooked politicians and powerful officials when their immoral and illegal activities are investigated and brought to light.

Of course, the UK government agency DFID is going to deny the report and aver that the funds they gave to Pakistani politicians actually “helped the vulnerable victims of a devastating earthquake”. I mean really, does anyone expect them to say that we gave the UK taxpayers’ money to the wrong people and that we were negligent in our duties that the citizens of the UK entrusted us with? For anyone to quote this denial by DFID as a sign of exoneration is absolutely disingenuous and shameful. Sharif family and their allies of convenience should know one thing; their time is up.

Why paradigm shift in Pakistan’s politics?