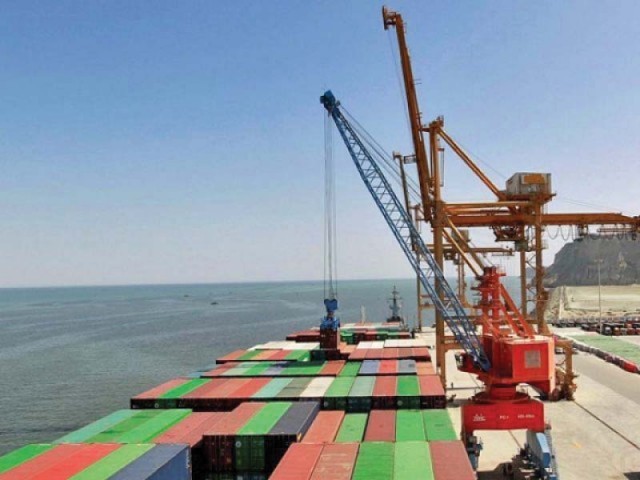 Early investments in agriculture and SEZs under CPEC can have a positive impact on GDP growth in FY20. PHOTO: FILE

KARACHI: Pakistan’s economic growth is feared to further decelerate in current fiscal year 2019-20 from a nine-year low of 3.3% in the preceding year ended June 30, 2019 due to both internal and external factors, according to the central bank.

“The real GDP (gross domestic product) growth is likely to remain contained,” the State Bank of Pakistan (SBP) said in its third quarterly report on the state of Pakistan’s economy for fiscal year 2018-19 on Monday.

Measures to cut aggregate demand in the overheated economy in the face of hikes in key interest rate would impact economic growth. A likely further increase in power tariffs and recent surge in gas prices would take inflation to a higher side and impact the real economic growth on the local front, going forward, it said.

Besides, the measures to narrow down fiscal and current account deficits like rupee depreciation, global economic slowdown due to the escalated US-China trade war and likely increase in international oil prices would also impact economic growth, the central bank said.

However, some of the economic indicators may bounce back to show some stability.

“With stabilisation policies in place and the economy moving along the reforms agenda, the country’s macroeconomic indicators are expected to slowly revert to a stable trajectory. In this process, however, the real GDP growth is likely to remain contained,” the SBP said in the report.

The central bank, however, did not project the economic growth for the year, though it usually did in the past. It reported nine-year low GDP growth of 3.3% for FY19, which was lower than the downward revised projection of 3.5-4% made in March 2019.

To recall, the Planning Commission has set the economic growth target at 4% for the current fiscal year 2019-20 while the Finance Division thought it would be 2.4% expansion in the year.

Adjustment on the fiscal side has yet to get under way. Related to this, the revenue measures announced in the FY20 federal budget were likely to keep “disposable income and domestic demand under check. Amid such conditions, the industrial growth is not expected to rebound notably next year,” the central bank said. As for the current account, the government was projecting the deficit to shrink further in FY20 on the back of expected better export performance, containment of import payments and continued momentum in workers’ remittances, it said.

However, downside risks persist in the wake of a slowdown in global economy, attributed to the escalated trade war between the US and China and uncertainty in Europe. Under these circumstances, increasing exports to traditional markets may prove challenging, it said.

“On the financing side, the initiation of the International Monetary Fund (IMF) Extended Fund Facility programme will help assuage the overall external sector concerns.”

“Despite monetary tightening, the government is projecting CPI inflation to be higher in FY20,” it said, adding the outlook was largely explained by supply-side factors, such as upward adjustment in domestic energy prices and recent episodes of rupee depreciation along with their second-round impact, which were likely to increase the cost of production and doing business.

Additional impact was likely to come from various taxation measures taken in the FY20 budget and the risk arising from any volatility in international oil prices, it said.

Some support to the GDP growth can possibly come from strong prospects in the agriculture sector, where there is potential for higher output if the impact of constraints affecting area under cultivation and yields is managed effectively.

Early investments in agriculture and Special Economic Zones (SEZs) under the China-Pakistan Economic Corridor (CPEC) and higher outlay of next year’s Public Sector Development Programme (PSDP) can also have a positive impact on GDP growth in FY20.

GDP growth decelerated to a nine-year low at 3.3% in FY19 compared to 5.5% expansion in FY18 due to contraction in large-scale manufacturing (LSM) and a massive slowdown in agriculture sector mainly due to water scarcity.

“As per provisional national income accounts, GDP growth moderated to 3.3% in FY19,” the report said.

The moderation in GDP growth is partly a result of policy-induced, demand management measures, initiated since January 2018, to contain the build-up of inflationary pressures and rising twin deficits.

“These policy actions led to the contraction in LSM, which was further entrenched by regulatory measures. At the same time, adverse developments such as water shortages and high input costs undermined the agriculture sector performance.

“In the meantime, less tangible factors such as uncertainty regarding decision on the IMF programme for BOP (balance of payments) support hampered business sentiments as reflected in the IBA-SBP Business Confidence Survey result of April 2019. These developments also contributed to a slowdown in private sector credit during the third quarter of FY19,” it said.