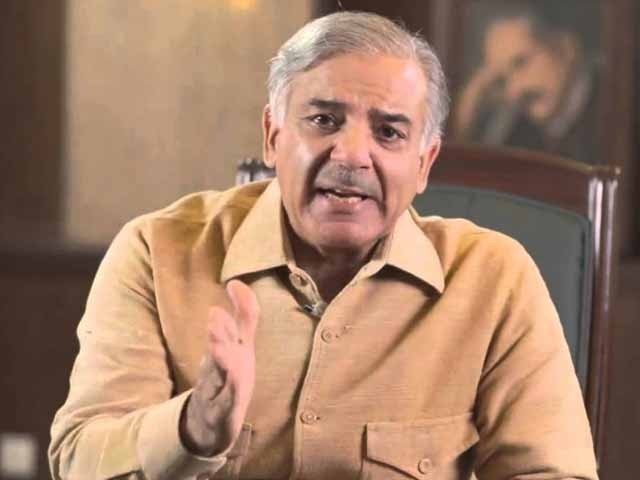 Shehbaz’s legal team lands in London to file lawsuit against The Mail on Sunday. PHOTO: FILE

ISLAMABAD / LAHORE: The controversy stirred up by Daily Mail about alleged misuse of the UK grant by Shehbaz Sharif during his tenure as Punjab chief minister refused to subside on Monday, with the government and the PML-N launching yet another broadside against each other.

In the latest development, Shehbaz’s legal team has landed in London to take legal action against the UK daily for maligning the Sharif family.

The news published in The Mail on Sunday under the headline “Did the family of Pakistani politician who has become the poster boy for British overseas aid steal funds meant for earthquake victims?” has alleged that Shehbaz, with the help of his family members and some close confidants, had embezzled and laundered the money out of £500million foreign aid that had been poured into Punjab for relief activities after the massive earthquake that hit the country in 2005.

“I challenge you [Shehbaz Sharif] to file a lawsuit against me in a London Court,” Prime Minister’s Special Assistant on Accountability Shehzad Akbar said while addressing a news conference

He claimed that the government has ‘undeniable evidence’ to establish that the assets accumulated by the PML-N president’s family were funded by remittances sent abroad through telegraphic transfers (TTs).

According to the Financial Monitoring Unit of State Bank of Pakistan, the Sharif family had made some 200 remittances amounting to $26 million sine 2007 till now, he disclosed.

Akbar said Shehbaz’s family had no source of income in the country but received $26 million from abroad, adding that, “99 per cent of Hamza Shehbaz’s assets were bought from the money remitted between 2007-8 to 2010-11 by different individuals and fake companies”.

The PM’s aide also claimed that the money was transferred to the former Punjab chief minister’s son-in-law Ali Imran’s company from the fund meant for the earthquake-affected people.

“Similarly, money was sent in Shehbaz’s account through remittances from abroad,” he added.

He said that he was being wrongly accused of being behind the news article. He; however, added that he would come up with further ‘startling revelations’ in connection with the other ‘fake companies’ in the next few days.

“Plundered wealth will be recovered and properties built with stolen money will be confiscated [very soon].”

The PM’s aide maintained that Shehbaz’s claim of lodging a lawsuit against the British daily was “as fictitious as his previous claim of dragging [PPP co-chairman] Asif Zardari on the roads.”

Shehbaz, he said, with the money remitted from abroad had bought houses in Murree, Model Town Lahore and Defence Housing Authority, which would be confiscated after the conclusion of cases in courts, and the money recovered would be spent on the people’s welfare through the Ehsaas Programme.

Akbar said the rebuttal made by Department of International Development (DFID) of United Kingdom about the Daily Mail’s story was about the effectiveness of its system to stop wrongdoings.

Meanwhile, PML-N leader and former prime minister Shahid Khaqan Abbasi advised the cabinet members to “stop whining by holding press conferences despite being in power and take action if have any plausible evidence for their fake and planted stories”.

Addressing a news conference at the Islamabad Press Club, flanked by the party’s central spokesperson Marriyum Aurangzeb, Abbasi said that the party was all set to file a defamation suit against the British publication.

He said that Akbar held a long press conference over a story that had been categorically rejected and rebutted by the UK government within hours on a Sunday.

The PML-N stalwart challenged Prime Minister Imran Khan and Akbar to present evidence and defend themselves in Britain’s courts if they had ‘any shame and the integrity intact’. He said that he knew that they did not have any of those traits as Imran Khan did not stand his ground in the court when the PML-N president sued him over allegations on Multan metro, Lahore Metro and kickbacks.

“If Shahzad Akbar is so desperate for evidence for asset recovery and corruption, why is he blind to the evidence of corruption given by the Asian Development Bank over the Peshawar Metro issue… why is the government turning away from the evidence given by the PML-N regarding corruption and money laundering of a sitting PTI MNA who had built assets with illegal money abroad,” he asked.

“These fake claims of fighting corruption have been busted before the people of Pakistan, who now understand that all of this is nothing but a political victimisation drive.”

Meanwhile, sources told The Express Tribune that the former Punjab CM’s counsels would prepare documents needed to present before the relevant court in the defamation case.

On Sunday, the United Kingdom government-owned agency, Department for International Development (DFID) had refuted claims made by the British daily of aid money being embezzled and laundered by Shehbaz and his family.

The aid agency said The Mail on Sunday “provides little substantial evidence to support its headline” and that Shehbaz “denies any wrongdoing”.